“Max Ernst paints a garden. When he has finished the picture, he sees that he has forgotten to paint a tree. He immediately has the tree cut down.”

Souvenir is a verb. To remember (se souvenir) is to construct, to repair, erase, project, extend, consolidate, extract, mystify. Memory is a tool of invention as well as a repository of truth. This year Unit 8 investigated how memory and mistranslation can play an active role in creative practice.

We set out to refashion (the) Souvenir as a complex and subjective material practice of physical and mental construction, oscillating between the stubborn materiality of the physical artefact and an active notion of memory. Preferring the German-English mistranslation “to make a picture” to the more passive English “to take a picture”, we followed Max Ernst into his garden and started to edit reality driven by the shadows, gaps, outcasts, eccentricities, aberrations and off-cuts of memories, hidden between the cracks of consciousness and the seams of London’s urban fabric.

Our field trip lead us to Japan, the theatre of conflicting mnemonic practices of ritual remembering and constructive forgetting, where the re-enactment of architectural craftsmanship outlives the western obsession with the so-called “original” object or building. Our own building projects were then conceived as “Foreign Ghosts”, which enjoyed the opportunity of being foreign within the familiar context of London. Following in the footsteps of architects like Bruno Taut or Frank Lloyd Wright, who architecturally absorbed “Japan-ness” through the lens of their own ambitions, we devised architectural strategies that deployed our imported memories while leaving place for creative (mis)translation, constructive forgetting, selective amnesia, fabricated origins and the ever shifting re-inventions of the verb souvenir.

In Unit 8, we like to make disobedient things and find curiosity within challenging ideas. This is delightfully hard but is nurtured within the studio through creative practice – a focused learning of architectural craft and technique through repeated prediction, attempt, reflection, and iteration. This allows for the development of an intuitive ability to become precise in a manner that does not hold responsibility to prove but more importantly the will to find out. We seek pleasure in the precision of the unresolved. 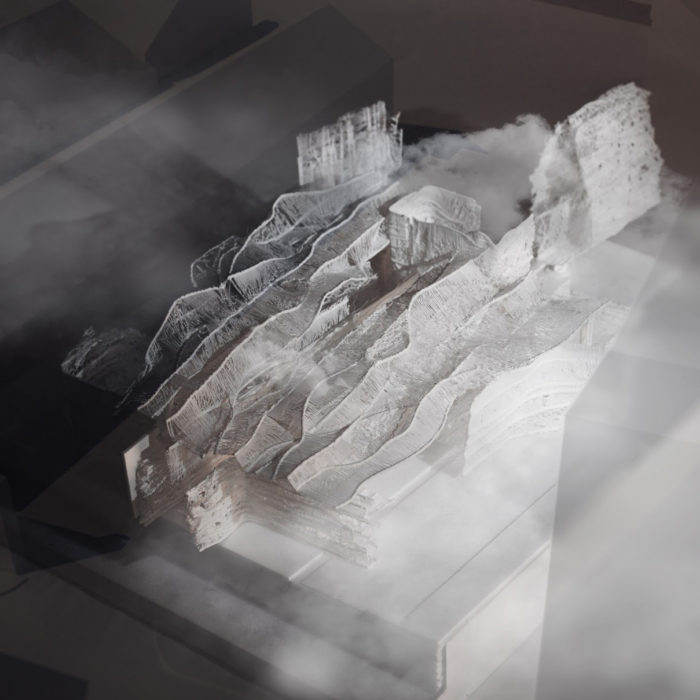 FREDDIE HONG 2015-16  YEAR 3 Click on the image to see more A Bath of Mnemonic Vectors A re-territorialised Japanese bathhouse in Hoxton translates the symmetries and asymmetries of shared memories into measurable architectural units. The project involves the author’s and his mother’s memories of one specific […] 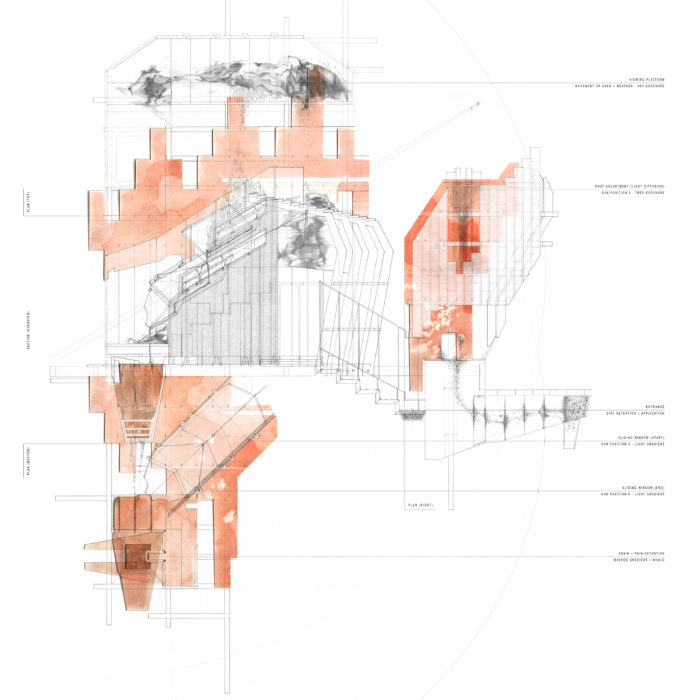 JUN HAO CHAN 2015-16  YEAR 2 Weather – Negotiating the Boundary “The house had a desolate look. The door was shabby, and nearly destitute of paint, and the windows were obscured by dirt … When I entered the gallery and looked at the pictures I was astonished, and the […] 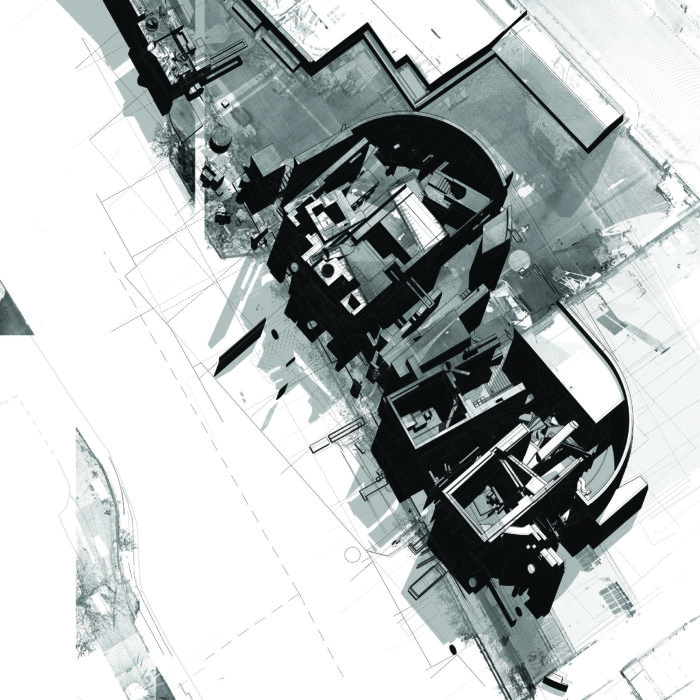 ISAAC SIMPSON 2015-16  YEAR 3   Click on the image to see more Discovered Misreadings A host for the production, conservation and dissemination of the Survey of London, the building is constructed as a palimpsest of conflicting cartographic systems that encourages conversations between architecture, historians and future […] 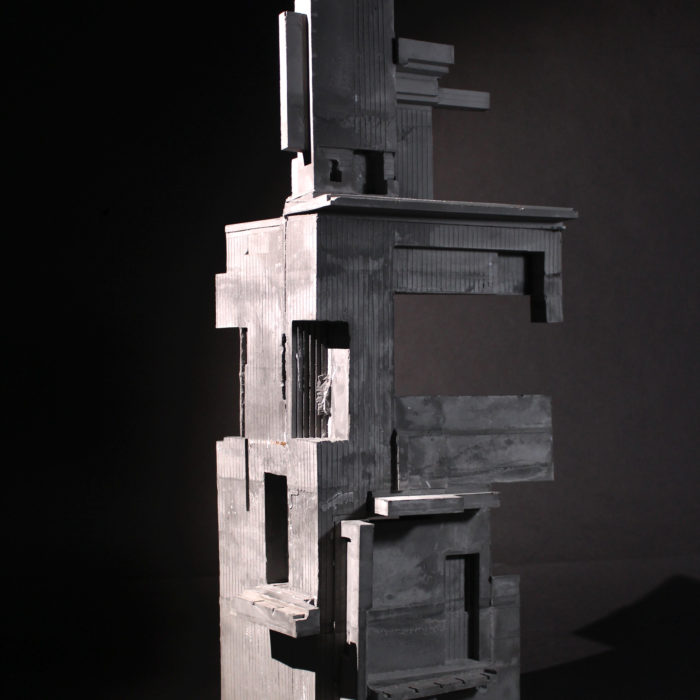 JAMES HEPPER 2015-16  YEAR 2 Click on the image to see more Inhabiting the Space of Desire “Granted there is a wall, what’s going on behind it?” Jean Tardieu, quoted in Georges Perec, ‘A Species of Spaces’ Founded from a discovered interplay between facades, the project […] 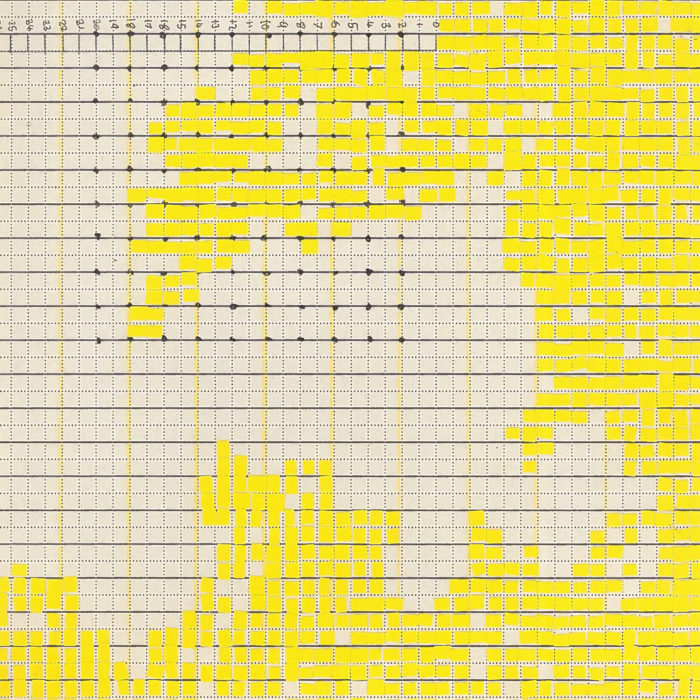 ELLA CALDICOTT 2015-16  YEAR 2 Click on the image to see more The Lichen Zoo The project interrogates the relationship between growth and design and explores the intersection of different environmental conditions and occupants. Can a soap be relived? The interrogation of growth started at a bathroom […] 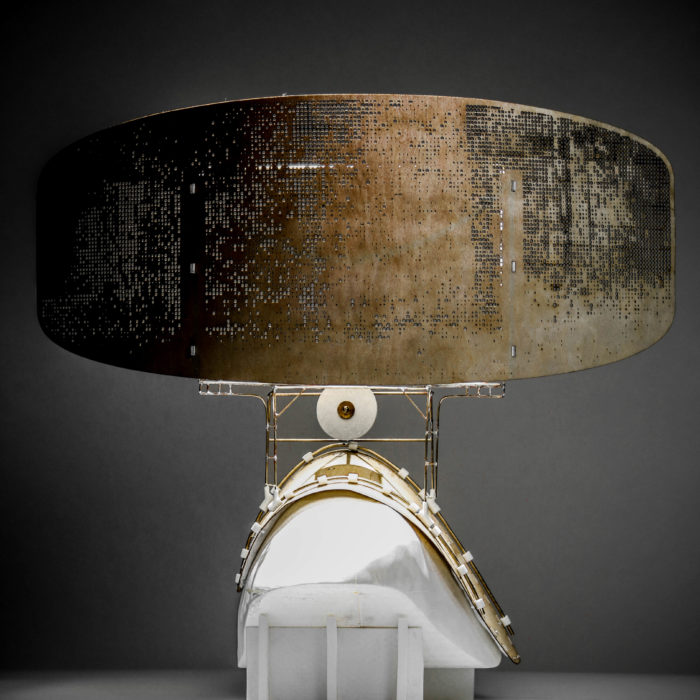 MINH TRAN 2015-16  YEAR 3 Click on the image to see more Gerontosonic Grand Palace The theme of this year’s odyssey dances around the acoustic elements of architecture. The interplay between analogue and digital techniques were triumphed in an attempt to unlock the mysterious connection between memory and […] 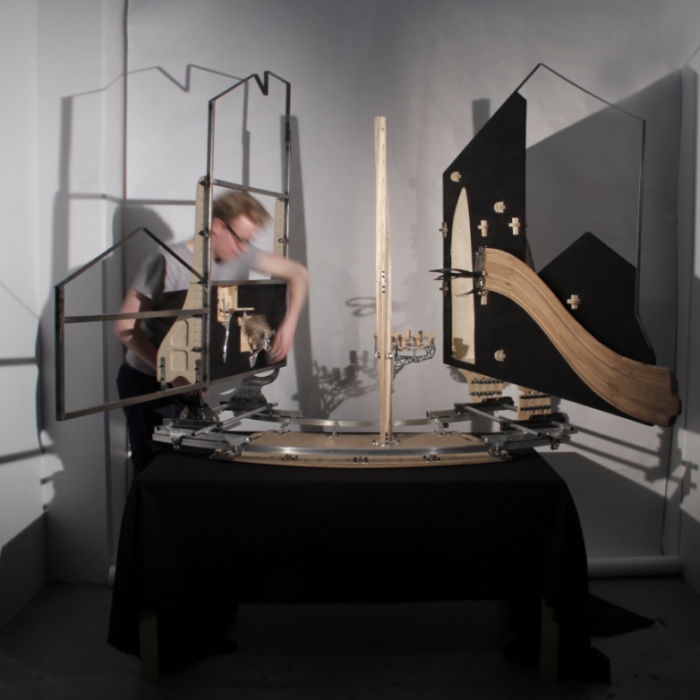 CHARLIE REDMAN 2015-16  YEAR 3 Click on the image to see more Bar of the Unexpected Carved out of a narrow slot behind the facade of an industrial lift shaft, the ‘Bar of the Unexpected’ is a spaces for physical and social prototyping. The high-tech multi-axis articulated stages […] 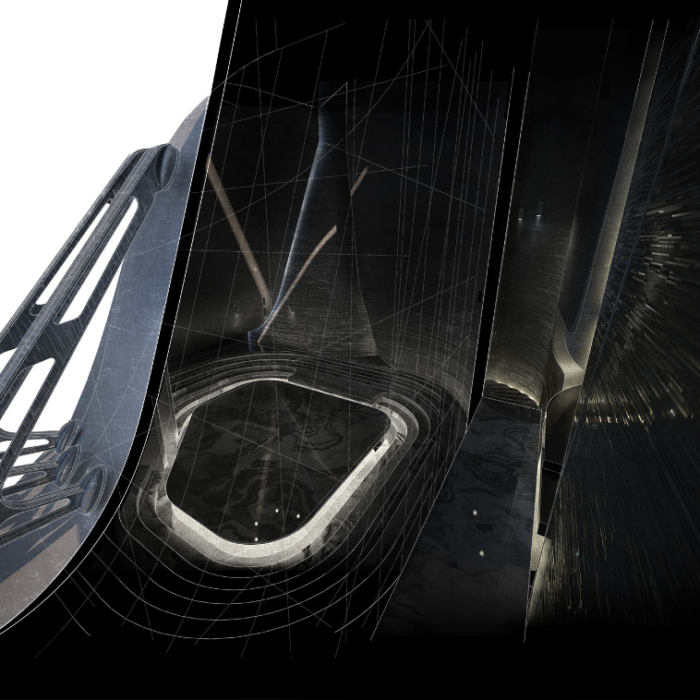 RORY TURNER 2015-16  YEAR 2 Click on the image to see more Caravaggio Dreams of Sushi When Caravaggio dreams of sushi, a restaurant emerges; etched-out from the darkness ofthe void, an architecture in honour of the art of sushi.Cantilevered fins thrust out over Regent’s canal, on the […] 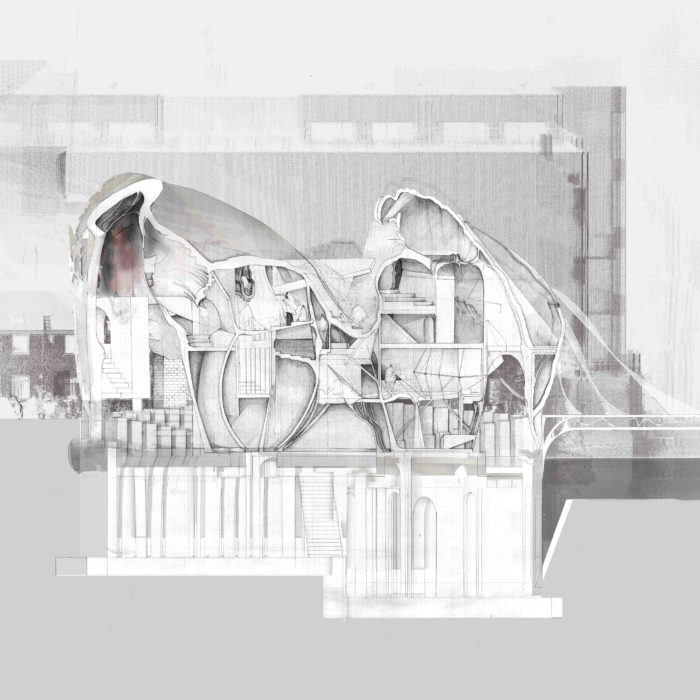 KRINA CHRISTOPOULOU 2015-16  YEAR 2 Click on the image to see more Staging Deception And where the thoughts can stay The rest, the desert, the tundra, and those little snakes, And all that remains will be a city without frontiers. They, go. And it will be […] 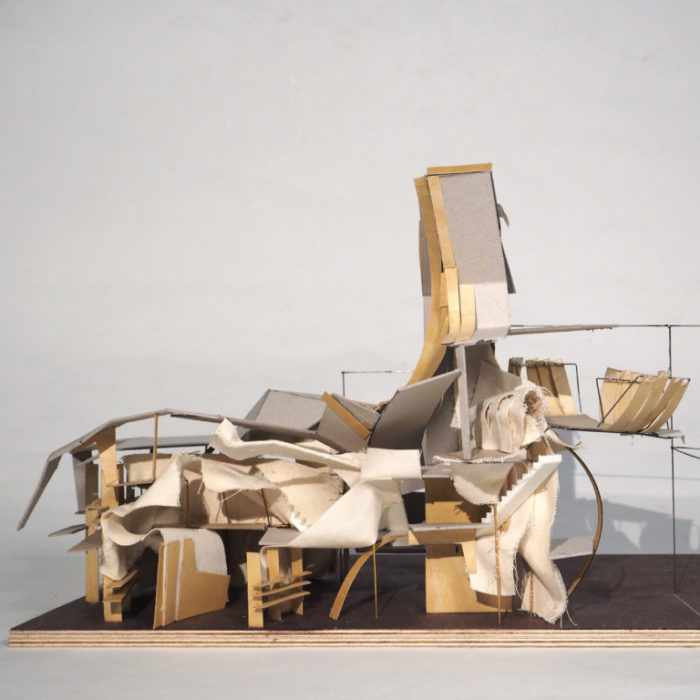 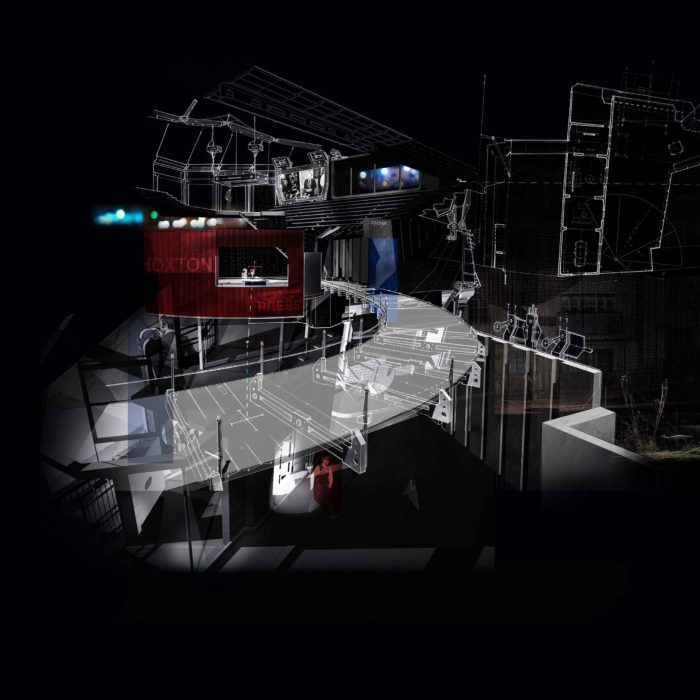 RYAN WALSH 2015-16  YEAR 2 Click on the image to see more The Hoxton Press The Hoxton Press Journal introduces ‘Stadium News’. An immersive experience of the week’s events coming to an abandoned industrial estate just off Kingsland Road. On The 2nd April 2015, The Hatton Street […] 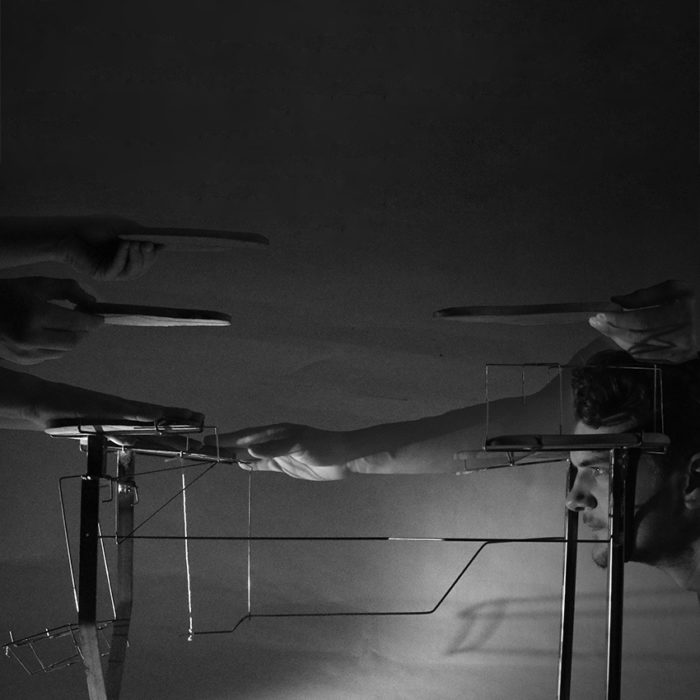 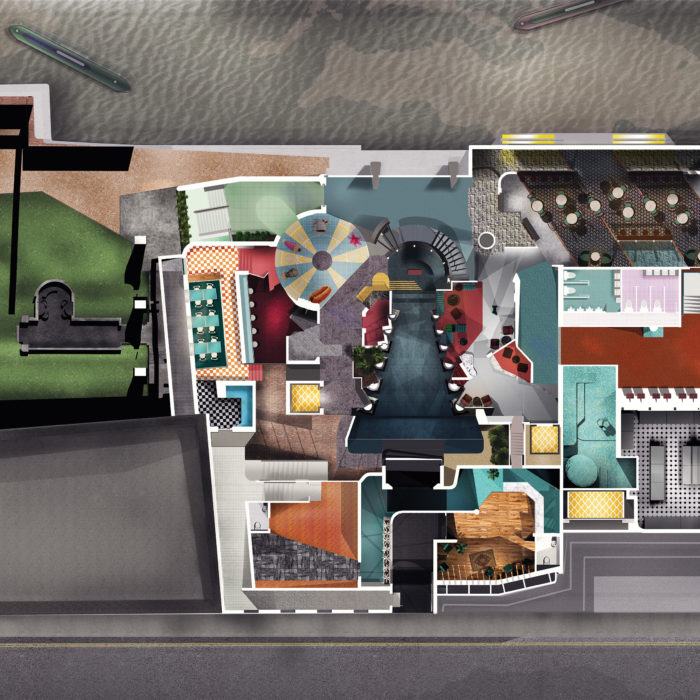 DANNY DIMBLEBY 2015-16  YEAR 3 Click on the image to see more Hotel Dérive The narrative of the hotel ‘experience’ is one of sterility and monotony; variations of the same predictable components designed to exist without stimulating a response. And so it comes as no surprise that the hotel […] 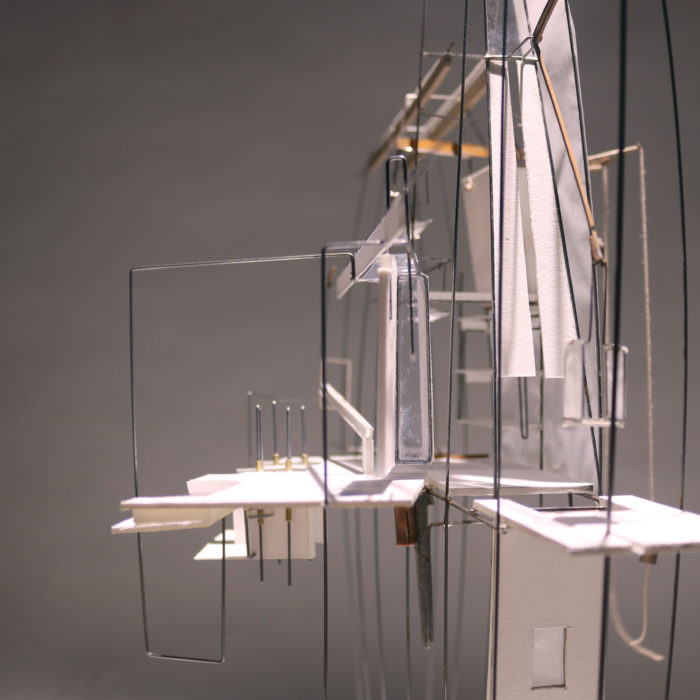 JAMES BRADFORD 2015-16  YEAR 3 Click on the image to see more Hoxton’s Staged Landscape: A Rural Mis-translation Seducing the visitor in to buying and consuming rural products, the ‘Hoxton Country House’ architecturally re-interprets techniques of the English landscape garden to create a sense of wonder and escape […] 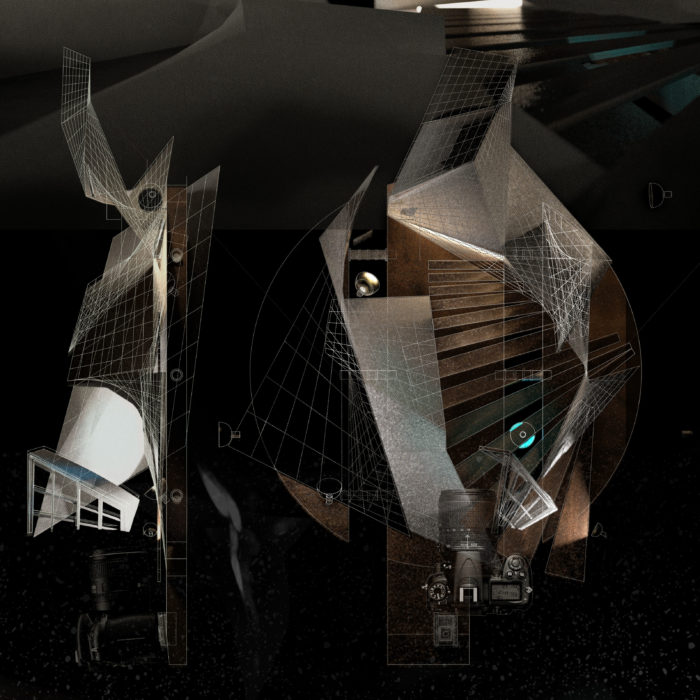 MATTHEW TAYLOR 2015-16  YEAR 3 Click on the image to see more Empowering Focus Through Light Our perceived understanding of depth in our spatial surrounding relies on an interaction between light, surface and vision. Darkness allows voids in the visual information received, pockets of uncertainty and the unknown. […] 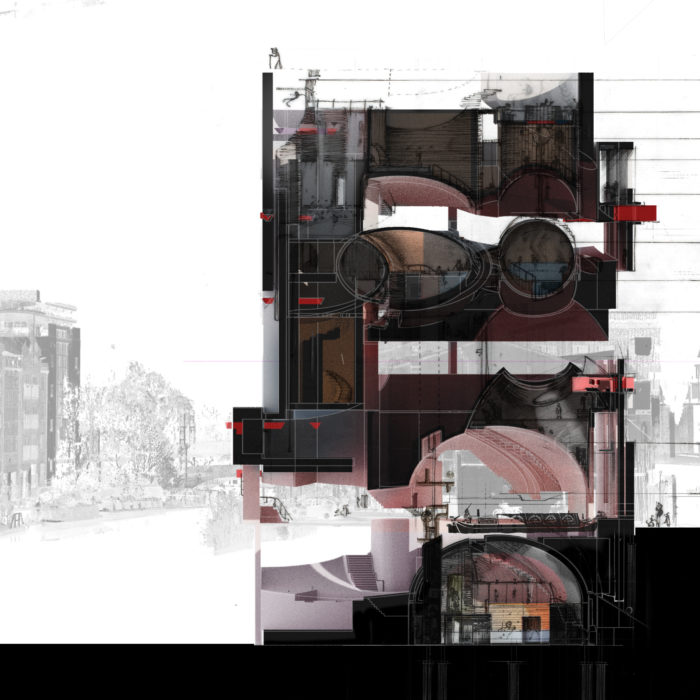 MORGAN HAMEL DE MONCHENAULT 2015-16  YEAR 2 Click on the image to see more From Miniscule to Monumental The vertical spa, open to the mooring community of London, occupies the interlocking solids within a refined play of suspended volumes – scaled-up mistranslations of the geometrical rules of Japanese […]