“I don’t really trust ideas, especially good ones. Rather I put my trust in the materials that confront me, because they put me in touch with the unknown”

Many moons ago, an animal hide was hung in the entrance to a cave. As night drew in, the cave offered up a gateway into a new world. The rays of the setting sun refracted through a pinhole pierced in the hide, projecting an inverted image of the landscape outside, and turning the whole world upside-down.

The piercing of the hole to make the first camera obscura was more than a stab in the dark. It was a beautifully constructed experiment; a rigorous process that creatively made space for serendipity. Human progress is built upon such experimentation, where the exerting of control and the embracing of chance see- saw until a moment of wonder reveals itself.

Groundbreaking creative practice requires radical experiments. Take the Ain’t-ers, maverick painters who rejected deterministic methods of drawing: Sigmar Polke with chemical reactions, Lucien Smith with a fire extinguisher, Robert Rauschenberg with an eraser. Or photographer Gregory Crewdson, who staged an entire feature film to conjure and capture a moment of the sublime in a single photograph (above). His chosen apparatus, the camera, is of course a descendent of the hole in the hide. Architecture too has its Ain’t-ers; the Mesopotamian who re-shaped a building block to construct an arch; that Egyptian who mixed volcanic ash with lime to make concrete; William Le Baron Jenney when he saw a skyscraper in a stack of steel. Ain’t-ers have a knack for experimenting with the unproven and embracing the creative potential of chance.

This year Unit 8 will become Ain’t-ers. We will dare to build upon known conventions — constructing physical experiments, utilising controlled tooling, and recording new findings — to progress the profession of Architecture beyond that which is already proven. We will look to find out without fear of failure, seeking new ways of building through designing and testing with clearly established aims, whilst always leaving room for unexpected outcomes. Interested in material, structural, and spatial experimentation at a range of scales, we will champion innovative architectural strategies that boldly address the environmental challenges of our time.

We will begin Project One with a research visit to Flimwell Park, a woodland workshop and creative laboratory in East Sussex. It will be our site for the first term and a recording canvas for the year. Here, we will discover how to become experimenters and makers by establishing a close dialogue with Flimwell’s diverse community of designers, architects, foresters, geologists, ecologists, scientists, writers and historians.

In the rich landscapes of the park’s ancient woodlands and waterways we will construct and deploy our own experiments. Each will require an exquisitely made apparatus to uncover and log a phenomena not previously witnessed. In our experiments we will selectively delegate agency to all manner of protagonists — rules, datums, objects, materials, fauna, folklore — embracing chance whilst exerting the utmost control. Our findings will be meticulously recorded through the drawn, the made, and the captured.

We will learn from the experimental apparatus of others, like the gravity-driven Clock of the Long Now (below). Perpetually incomplete, it will tell the time for 10,000 years, whether or not we are around to read it. We too will treat our apparatus as a process rather than a product; a model for (dis)organising ideas in multiple ways. Conventions, like the architectural drawing, will be our enablers rather than our outputs; leading us to define new design processes of our own. To become masters of our own apparatus we will, like the Ain’ters before us, find opportunity in alternative materialities and materialisations. We will embrace first principles, see-saw between intuition and precision, (mis)use digital technologies to advance physical learning, and prototype over and over again.

Our Field Trip will begin in Chicago, a case study in architectural and urban experimentation, and the site of our building projects. Famous for birthing the skyscraper after the Great Fire, the city has left an indelible mark on the history of architecture, but not just for its trailblazing towers. We will investigate the rising shoreline of Lake Michigan and the subsequent lifting of an entire city block-by-block. We will revel in Mies Van der Rohe’s improbably lightweight structures and the radical houses and offices of Frank Lloyd Wright. Looking down as well as up, we will find tomorrow’s discoveries in the depths of Fermilab’s Deep Underground Neutrino Experiment. Attending the city’s 2019 Architecture Biennale, we will join the local design community in uncovering contemporary issues and approaches. Evenings will be spent immersing ourselves in the city’s Blues, Soul and Jazz culture, performing arts by Neo-Futurists, and devouring the Deep Pan Pizza.

Venturing beyond the city limits, we will roadtrip to the nearby small town of Columbus, Indiana. Its champion, the industrialist Joseph Irwin Miller, shunned the drab standardisation of the postwar building boom. Proclaiming that ‘process is more important than product’, he appointed Ain’t-ers — the most daring architects he could find — to raise the bar and do something new. We will visit the emblems of this pioneering approach: radical churches, banks, libraries, engine plants, schools, fire stations and houses by the likes of Eliel and Eero Saarinen, Robert Venturi, IM Pei, SOM and Richard Meier.

In Project Two, we will apply and refine the experimental practices established in Project One. We will develop designs for modestly-scaled buildings that deal with complex spatial, structural, and environmental challenges in downtown Chicago. We will work between the studio desk, the workshop floor, and the active testing ground of Flimwell. In search of innovative solutions, each building will be critically researched, physically tested at a variety of scales, and wonderfully provocative.

Challenging the traditional student portfolio, we will find inspiration in fields outside of Architecture. Our chosen methods of representation will appropriately translate and record our processes in highly tailored and project-specific portfolios. Documentation techniques in scientific experimentation will guide us to deliver succinct supporting material for our final designs: logbooks, instruction manuals, measured archaeological records, detailed excavation drawings. We will communicate our work clearly and seductively, in a way that will equip us for both the examiners table and for practice beyond the walls of the school.

Unit 8 welcomes the brave and the curious. We nurture an experimental, testing-led methodology in a safe space in which you are not expected to play safe. Come and join us this year in exploring the unknown and the uncertain in the Upside-Down. 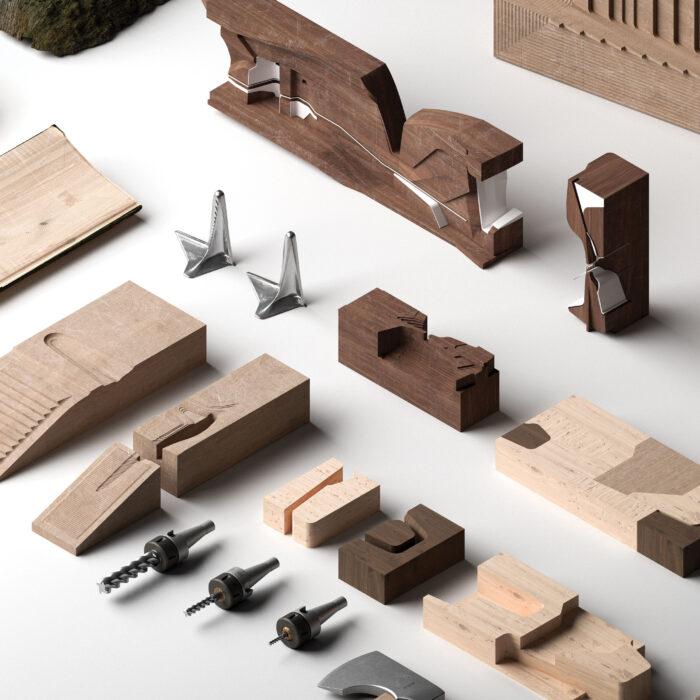 JAMES DELLA VALLE 2019-20 YEAR 3 Between The Frame First Class HonoursBartlett MedalEnvironmental Design Prize A photography gallery laments the death of timber construction in the post-fire-raged city of Chicago, slowly rotting like the ‘vinegar syndrome’ of the negatives it displays. The architecture left standing […] 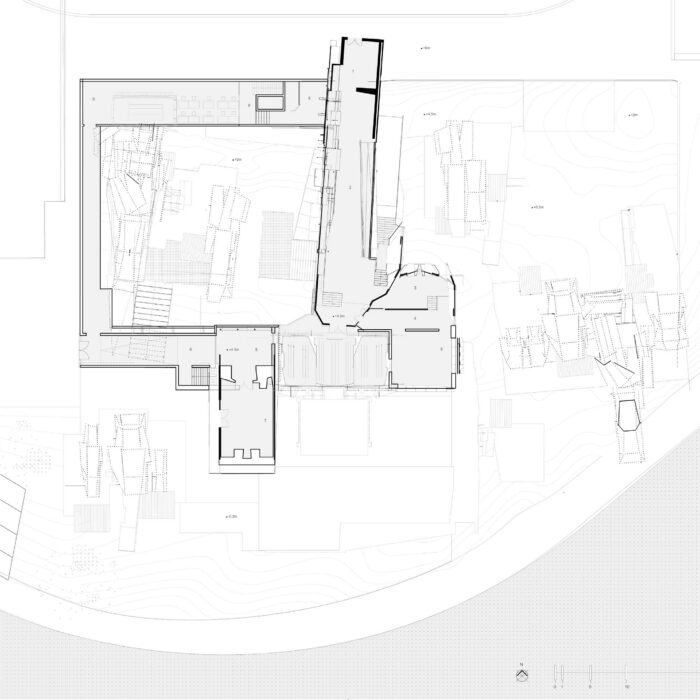 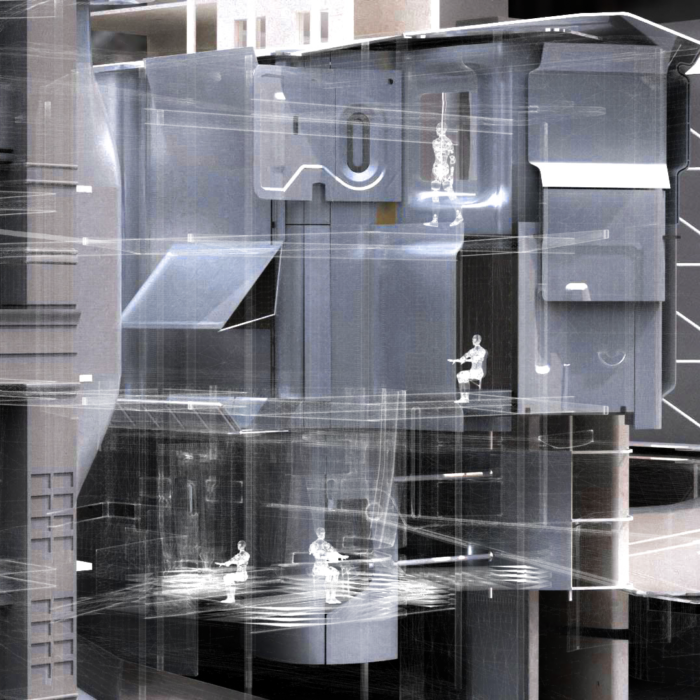 ANTHONY TAI 2019-20 YEAR 3 Co-workers Café: An architectural hack for a surveillance society First Class HonoursBartlett Medal An internet café, veiled in skins of digital glitch-induced anonymity, presents differing interpretations to the passer-by, the street-view car, and the satellite. Learning from known glitches of […] 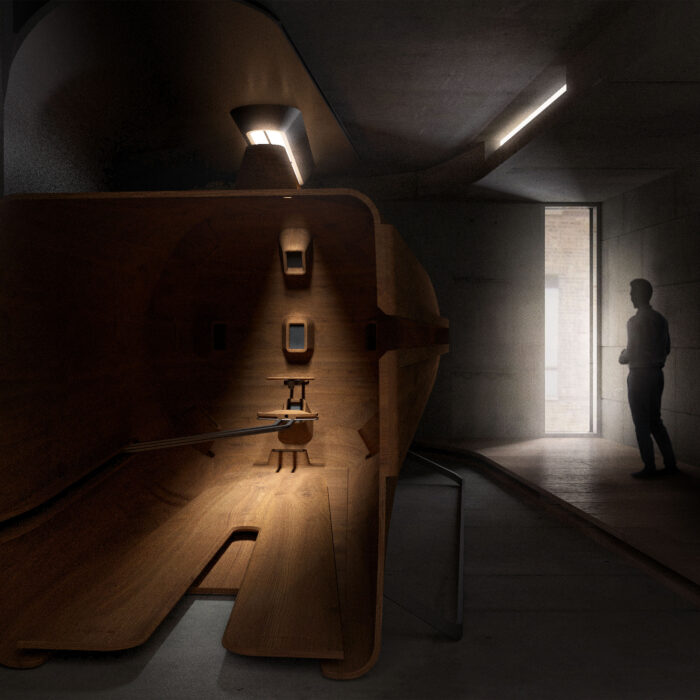 MATTHEW SIMPSON 2019-20 YEAR 3 An Ode To Apollo First Class HonoursPortfolio Prize A centre for research in acoustics and musical production for the creative and scientific studies of sound. Home to aesthetes and acousticians alike, a series of experimental and inhabitable music chambers explore […] 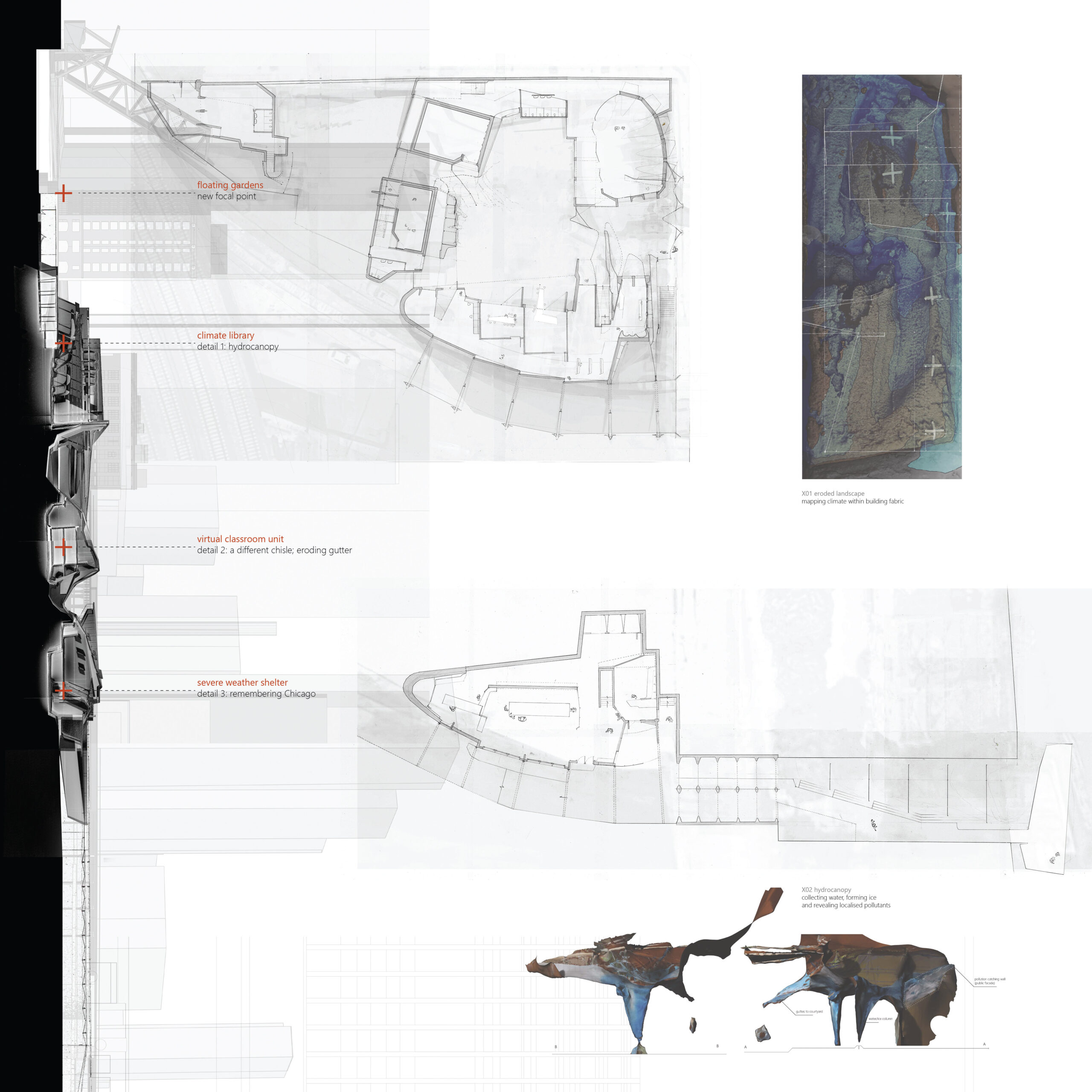 MILON THOMSEN 2019-20 YEAR 3   To See The World in a Grain of Sand First Class Honours Like education, architecture must change. And so, this primary school – a teller of truth – is also an environmental observatory. As virtual reality learning erodes established […] 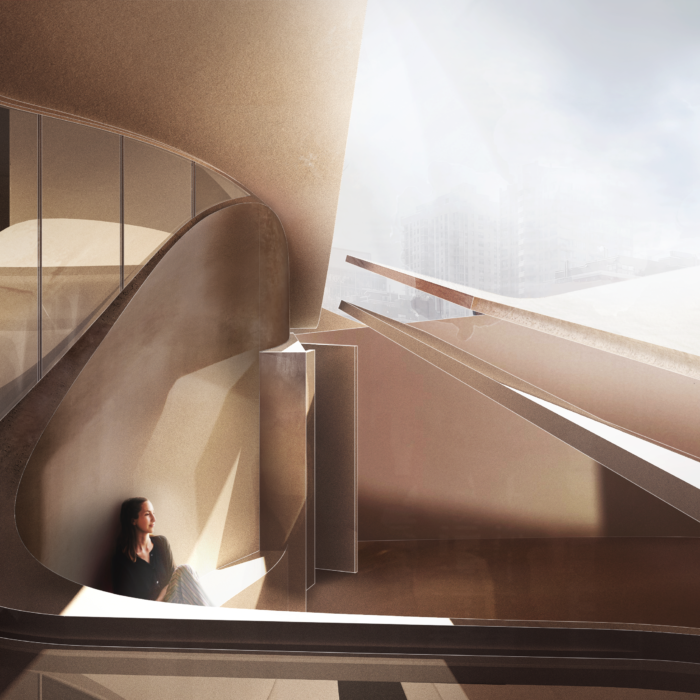 CIRA OLLER TOVAR 2019-20 YEAR 3   In the Shadow of the Sun First Class Honours A municipal library constructed from kiln-cast glass gives light the voice of a storyteller, casting a new socially-minded architecture upon the streets of Chicago. Bridging the gap between the […] 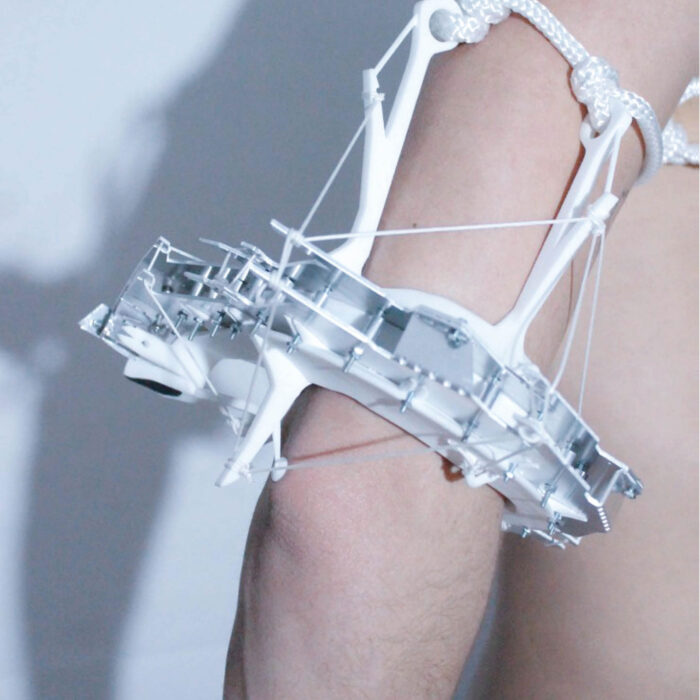 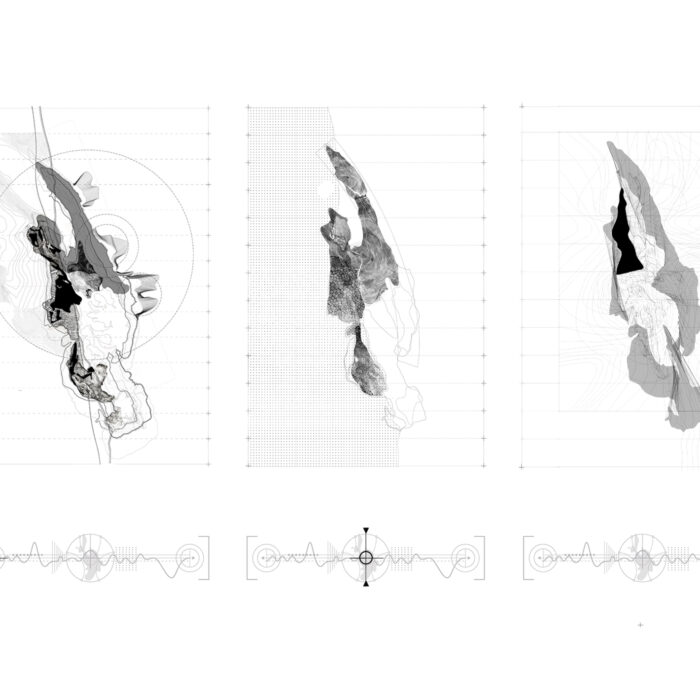 DIANA MYKHAYLYCHENKO 2019-20 YEAR 3   The Generative Architecture of Predictive Hydrology, or: how I learned toreverse the flow Making Buildings Prize A riverside clubhouse and rowing school sited on Wolf Point peninsula celebrates the legacy of the Chicago River. The river links the Great […] 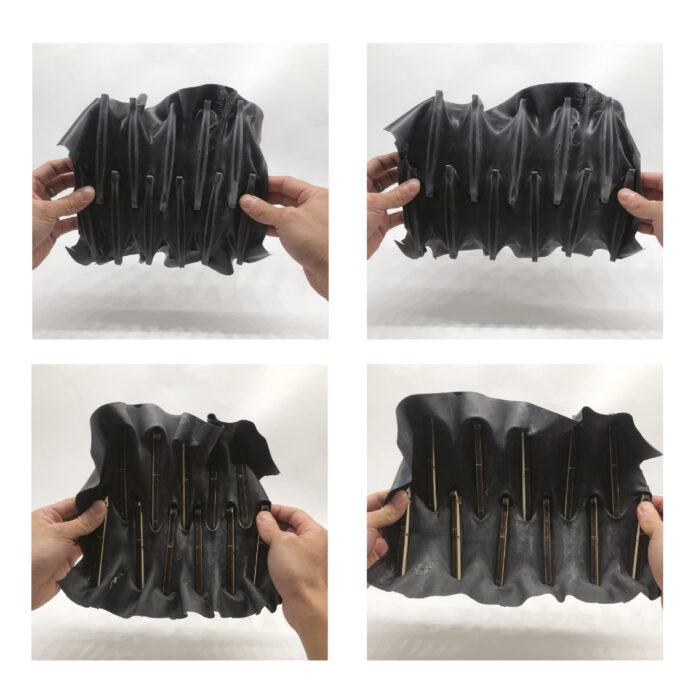 HARRISON MADDOX 2019-20 YEAR 2 The Institution for Gun Violence Extrication and Education An educational opportunity centre for Chicago, providing overnight accommodation, therapy and learning facilities, and employment junction for those seeking escape from gun violence prevalent in South and West Chicago. The Institution will […] 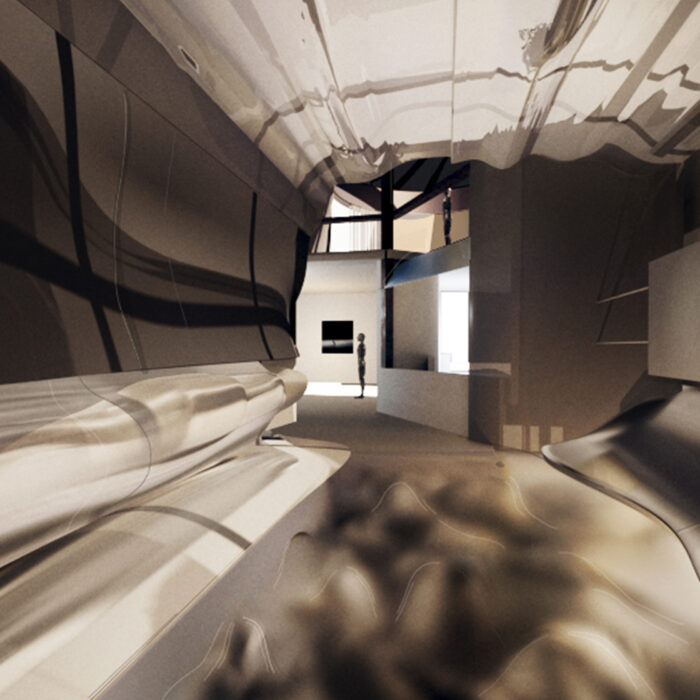 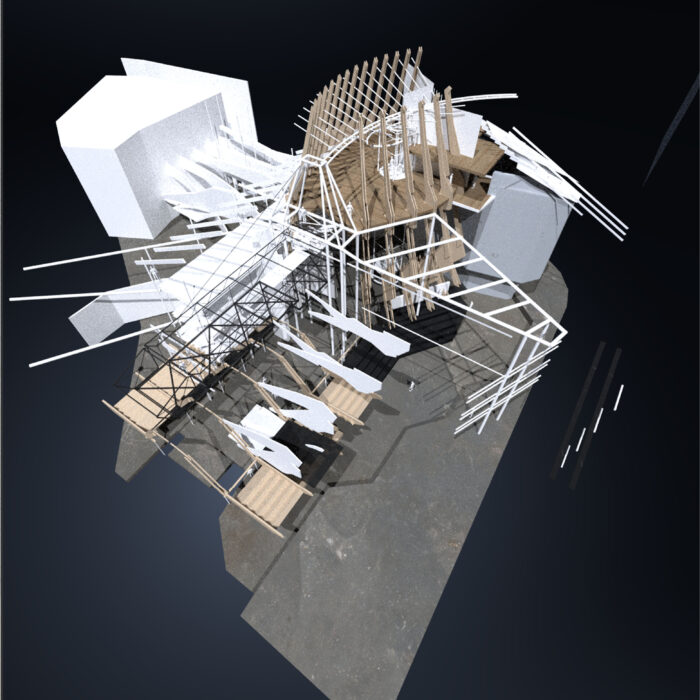 VITO (ZIXI) CHEN 2019-20 YEAR 2 Between Stasis and Anti-Stasis: An architectural duel of market and music A food market for downtown Chicago that integrates adaptive performance and recording spaces for Jazz musicians, reviving the street culture lost to the sprawling of the city. Through […] 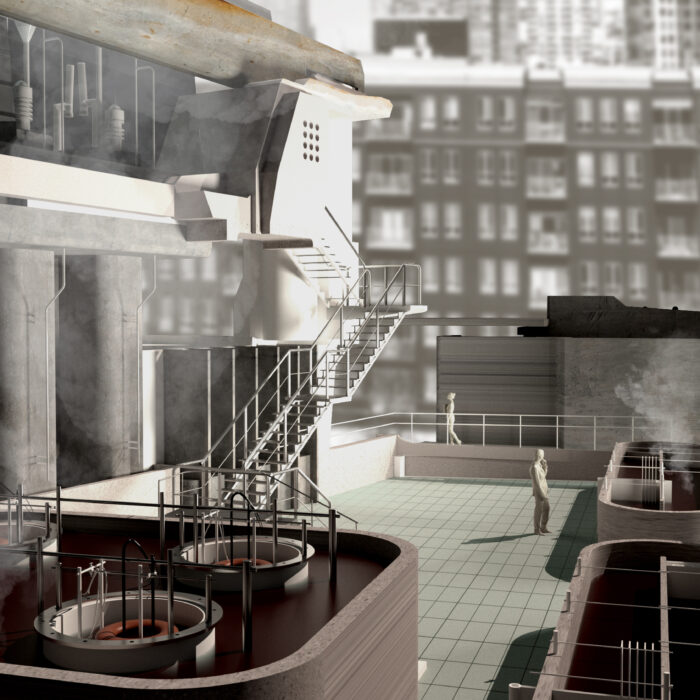 LEO (SUPAWUT) TEERAWATANACHAI 2019-20 YEAR 2 Synecdoche Chicago: A Mesocosm for a stained city In a ‘false-field’ landscape in central Chicago, a research laboratory harbours the experimental study of a heavily polluted river, broadcasting environmental changes through a building fabric that stains and cleanses. Directly […] 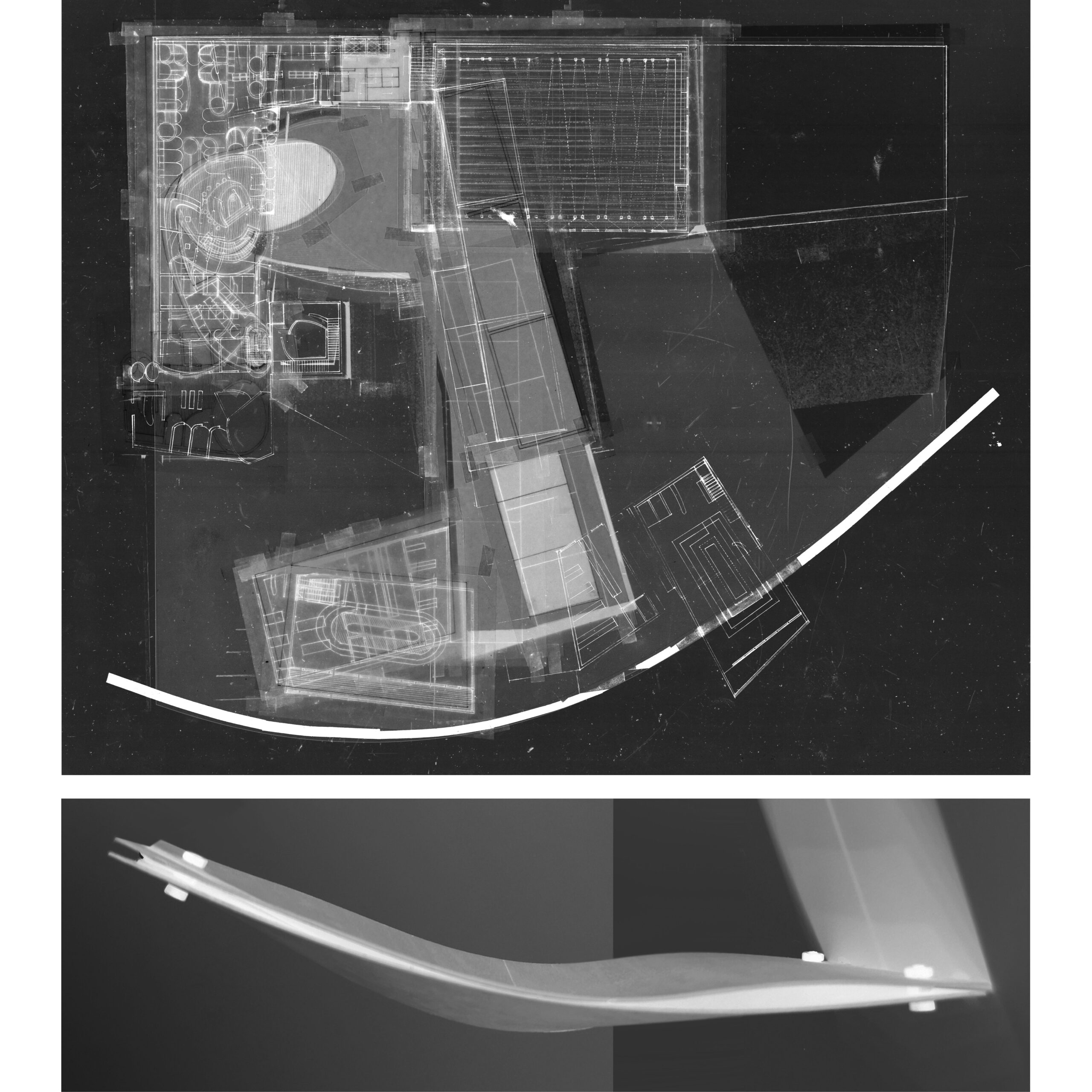 JACQUELINE YU 2019-20 YEAR 2 Depot Clubhouse: A dressed architecture for social acupuncture A parcel depot and community centre established to support the poor and vulnerable residents of Chicago attain more comfortable and sustainable means. Hybridising the programmes of job centres and institutions of social […] 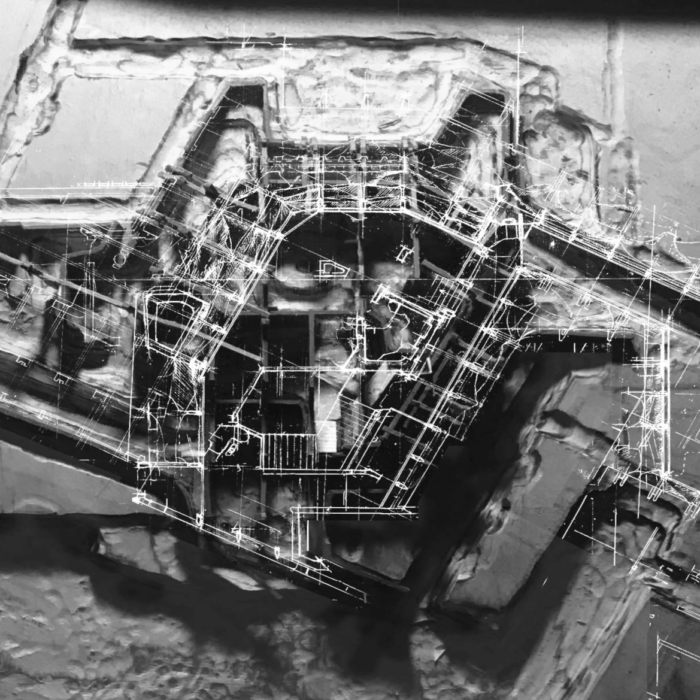 MARTINS STARKS 2019-20 YEAR 2 Where the Spirits Come to Play A mixed-use community centre on the fringes of Chicago’s L-train line offers a space to reignite the unity and intergenerational ties within the Algonquian people, previously exiled from their native lands. Through the shared […] 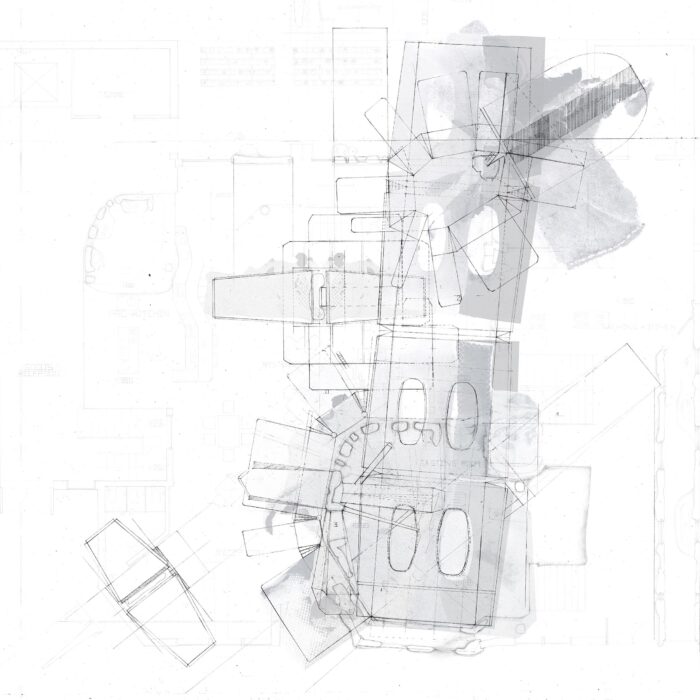 TIA DUONG 2019-20 YEAR 2   The Cast School of Culinary Craft A plant-based culinary school in the heart of Chicago’s former meat-packing district champions new sustainable means of food cultivation and preparation. Addressing the history of the site and the contention of the programme, […] 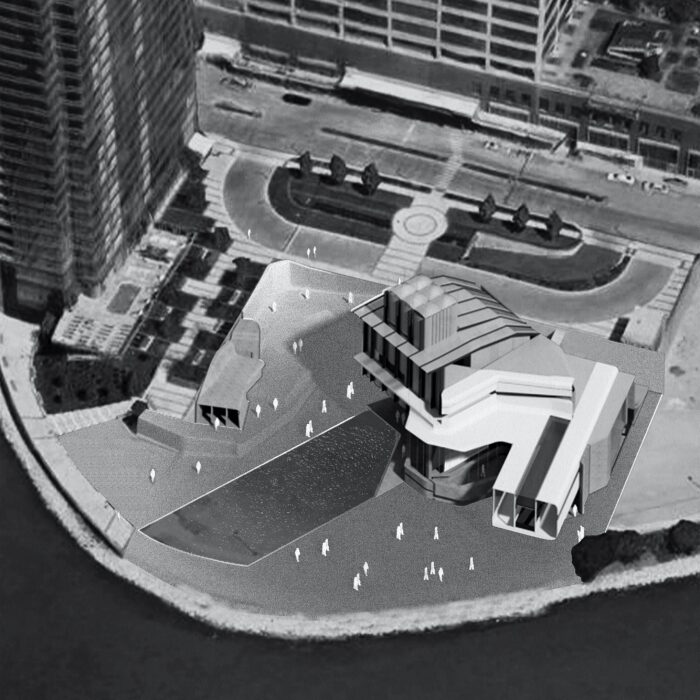