“In the presence of beautiful phenomena, we suspend our drive towards closure. Imagination and understanding seesaw, unresolved and unresolving.”

1890: Gustav Klimt draws his muse’s genitals in great detail before over-painting them with elaborate fabrics, knowing he will be the only one to ever see them.

1993: Jeff Wall photographs the restoration of a vast panoramic battle scene; villagers tend to dying soldiers, whilst conservators in the foreground attempt to resurrect the picture itself. As we follow their gazes outside the frame of the non-panoramic composition, we become implicated in the scene unfolding, an unfinished space of dialogue between multiple times and spectatorships.

2017: Marguerite Humeau reincarnates the voice of Cleopatra against a painted backdrop of bio-engineered black mamba venom, an audacious attempt to synthesise past and present; long live the queen?

2018: Ilya Khrzhanovsky continues to direct his extravagant lm production DAU. For 12 years, the shooting has staged entire cities, inhabited by thousands of full-time amateur actors, whose role-playing has slowly taken over the original intention. With no end in sight, we may never get to see a film called DAU.

Artistic production embraces the un nished as a powerful tool in the search for integrity (Klimt), seduction (Wall), narrative (Humeau), and invention (Khrzhanovsky), to name but a few. The appeal of the unfinished work of art is that it renders thoughts visible. Thoughts that grapple and tinker, fail, fail again, fail better, erase, reconsider, figure, wander, flow, leap, resurrect, contradict, stagnate, and accelerate. The unfinished is a welcome antidote to a post-processed present. It reveals the traces of invention in progress and emanates a sense of possibility, of becoming rather than being. Flying in the face of predictability and determinism, it levitates in a state of suspense, leaves space for our imagination, and lets us dream of alternative futures.

This year, UG8 will explore this notion of the unfinished as a driver for our creative practice. We are not interested in a nostalgic notion of the unfinished or a fetish of the fragment; we seek to revel in its opportunity for active re-invention. As architects, we are never confronted with a blank canvas, nor can we ever leave behind a finished one – the life of a building starts long before we draw our first line and continues long after we hand it over to the end-user. Embracing openness and open-endedness is not just a critical part of our creative process; it is our responsibility as designers and makers.

Act I: Constructing a Studio of the Unfinished

Accordingly, we will not start the year with (the fear of) a clean slate. The first project will take its cue from an Artefact of the Unfinished. Selecting from a collaborative catalogue of the artistic, literary, or architectural unfinished (or adding your own category of the unfinished), you will design, through the drawn and the made, an exquisite spatial construction housing this artefact, a Studio of the Unfinished. This will allow you to formulate speculative design strategies asking how we might deal with the unfinished that is handed down to us, and that surrounds us.

Do we just ‘finish’ it? Do we forensically study it to decode its texture and structure to then replace its phantom limbs? Or do we celebrate the rupture, the edge condition between the inherited and the invented? Do we invert and pervert the rules of the artefact under study? Or do we see the old with new eyes, re-imagining its potential using contemporary modes of fabrication and vision? Do we hallucinate upon the unfinished to imagine alternative outcomes? Do we ever so slightly tinker with the recipe of the past to radically change the taste of the present? Do we un-finish?

The work in the unit will be a forum for the fertile discussion of such conflicting strategies; a space where each student will develop their own critical, grounded position, to be deployed through a poetic design methodology. The curiosity that drives the unit’s design ethos is also a curiosity towards you as a student.

Project One will set the agenda for the rest of the year whilst providing an intense immersion into material experimentation, skilful detailing and precise fabrication, training our tactile and digital dexterity. We will visit some of our favourite artist’s studios, run workshops in digital fabrication, photography, 3D scanning, drawing, portfolio curation and creative programming. This will enable the unit to move fluidly between the analogue and digital, the precise and intuitive, the virtual and real, the found and invented, the technically rigorous and poetically fanciful, and to operate with a well-judged selective sharpness. Does every part of the design require the same level of resolution or can we learn from the artistic non-finito? What are the consequences of leaving parts of the work open; a precise blurriness to be focussed through the imagination of the viewer?

Act II: An Architecture of Re-invention

Our fieldtrip in January will be a wild adventure through Finland and Sweden, two sublimely vast lands of fractured coastline, shape-shifting forest and scattered lakes. An emblem of the edge condition, this remarkable regionof Scandinavia is a place of constant change; politically, climatically, culturally. Despite being geographically isolated and historically sequestered, it is mother to an abundance of astonishing architecture and design.

We will immerse ourselves in Alvar Aalto’s antagonistic methodology of uniting classical functionalism with irrational material experimentation when we visit Saynatsalo Town Hall, Muuratsalo House, the Paimio Armchair, and Villa Mairea. We will discover Sipinen, Pietilä, and the Smaland glass blowers. We will spend long evenings in Aki Kaurismäki’s cinematically staged Helsinki bars after warming up in one of Finland’s 2 million saunas. Refreshed, we will unravel and revel in the poetic plays of Asplund and Lewerentz’s Woodland Cemetery, the perverse joy of the Temppeliaukio Church, the master- craftsmanship of the 18th century wooden structures of Petajavesi, and the trailblazing timber fabrication technologies being deployed by the New Nordic today.

In the Building Project, we will deploy our new-found understanding of the unfinished to develop building proposals dealing with the challenges of terrain, climate and cultural identity. We are interested in buildings that are active, that seek to uncover the potential of that which is not always (or yet) complete. As per UG8’s strong tradition, these will be sophisticated and rigorous building projects developed through a variety of critical architectural positions, built upon a honed working methodology that encourages openness and serendipity.

In UG8, we welcome the brave and the curious. We value the type of individuality and air that thrives from a will to find out, rather than the need to prove. We like to give time and space for the development of an approach to design and research which is personal and grounded. The unit values work that is inventive, risk-taking and as precise as it is intuitive. Driven by curiosity, we take pleasure in exploring the unknown, the uncertain and, this year, the unfinished. Come and join us on the adventure. 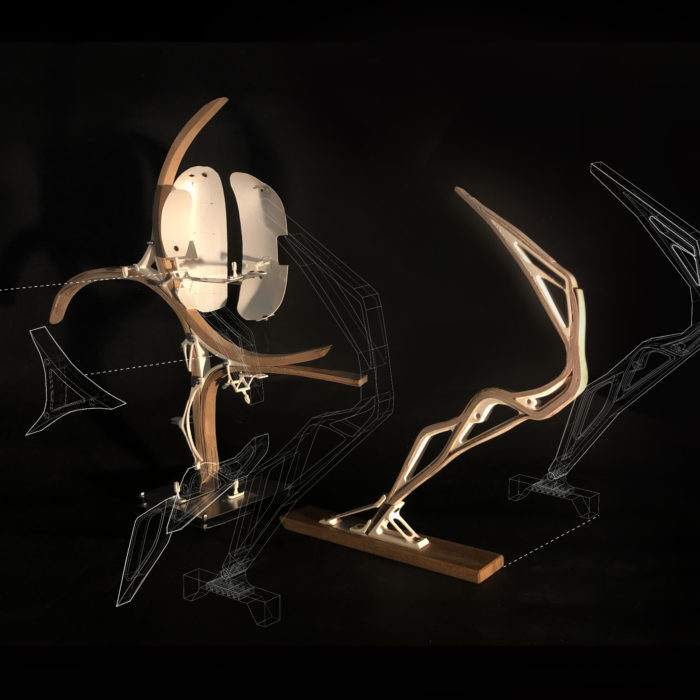 MACIEJ ADASZEWSKI 2018-19 YEAR 2 The Helsinki Timber Academy An academy that inspires students through its form and experimental approach to timber construction. Central to the vision of the building is the intersection between the digital and analogue worlds of Finnish craftsmanship, built on a […] 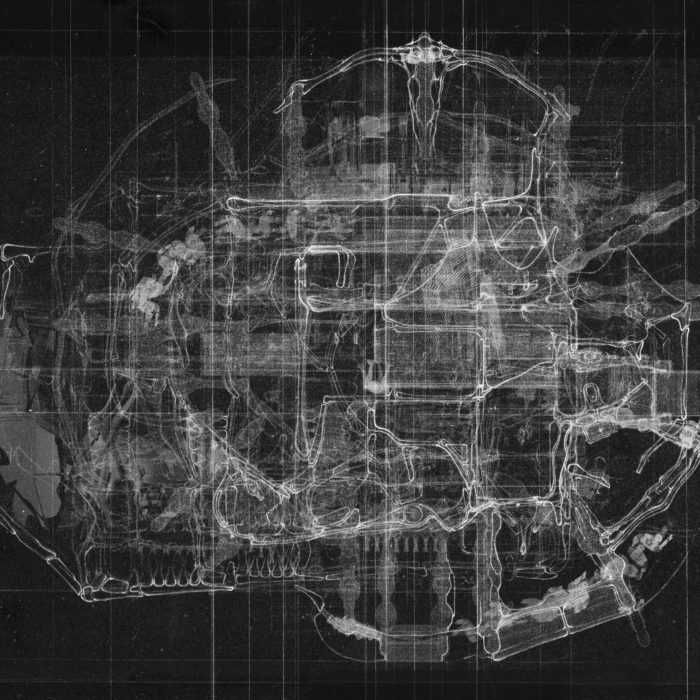 PHILIP LIU 2018-19 YEAR 2 Mark Agency A six-room hostel situated in central Helsinki sells short, tailor-made dreams for guests seeking immersive cosplay experiences: the chance to escape from the ordinary and transform into someone else. “A Guest + A Host = A Ghost” – […] 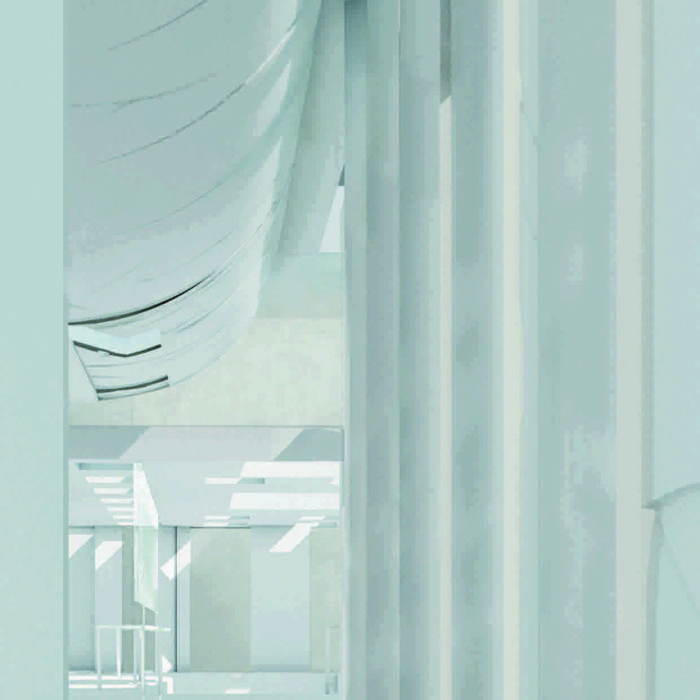 GEORGIA GREEN 2018-19 YEAR 3 Studies in Finnish White The project proposes a new typology for civic institutional buildings that is more akin to a church where the space can be described as sublime. This is most appropriate in Helsinki, (Finland) where dramatic solar patterns […] 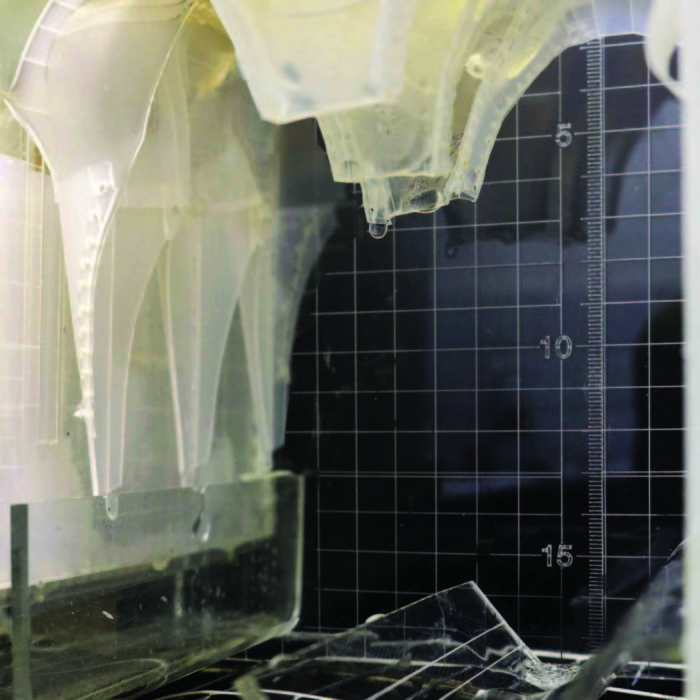 CHARLOTTE EVANS 2018-19 YEAR 3 The Building as a Doula In Finland, community midwife training has been abolished since 1972 and is currently not provided within the publicly-funded system. With a reverse shift in development towards more home births, the Doula Institute aims to promote […] 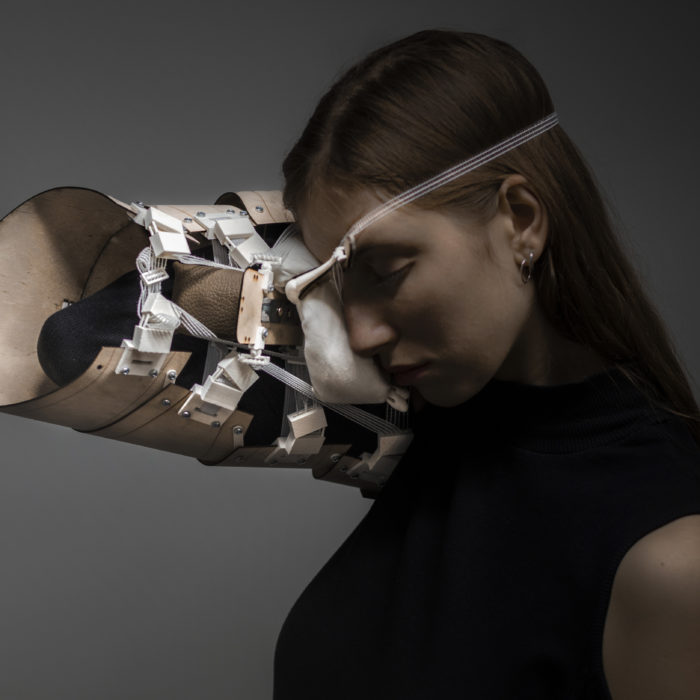 ANI DOSHEVA 2018-19 YEAR 2 Finnish Tango : A Phantom Trace Following the tradition of frozen-lake Tanssilavas, the Finnish tango dance centre sits on a scenic island in south Helsinki. The design of the different spaces has a series of specific moments carefully curated to […] 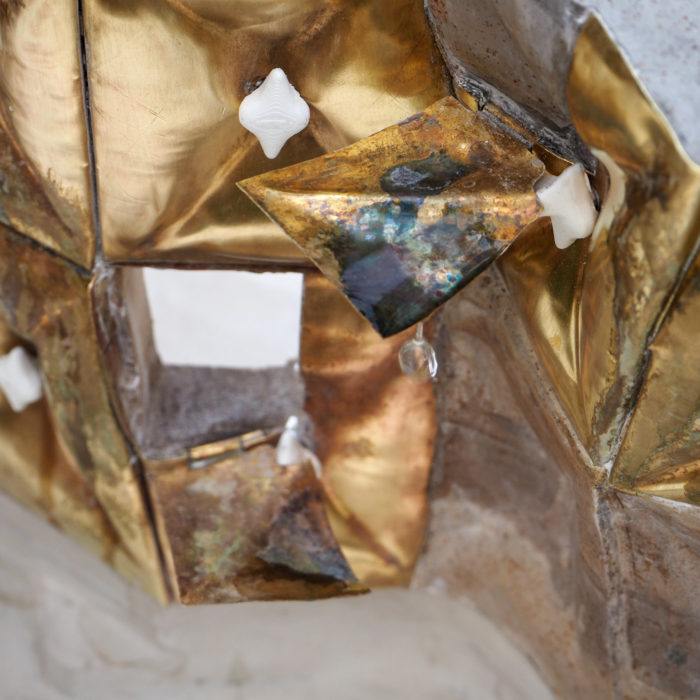 IMOGEN RUTHVEN-TAGGART 2018-19 YEAR 3 Forging Impressions in the Positive “Water appears not only in its destructive aspects, but manifests its cathartic, purifying, transformative, and regenerative capacities”– Bill Viola A proposal for a bereavement centre in Helsinki, appropriating jewellery making techniques to develop a permanent […] 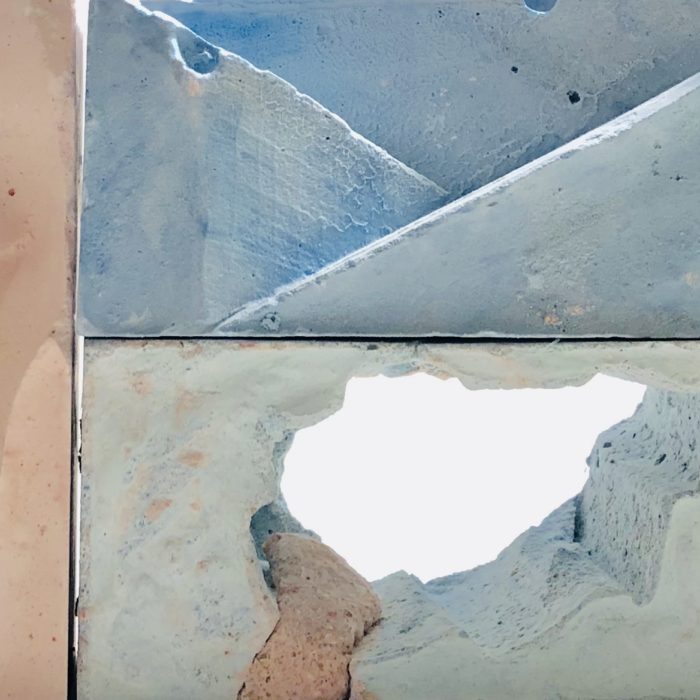 OCIAN HAMEL-SMITH 2018-19 YEAR 2 Baby Fever: A City Oasis A sacred realm for the Finnish child, born within a carved spatial landscape, inherently warped in scale; its inhabitants can be giants. Through a visual language of mass and void, seen and hidden, we are […] 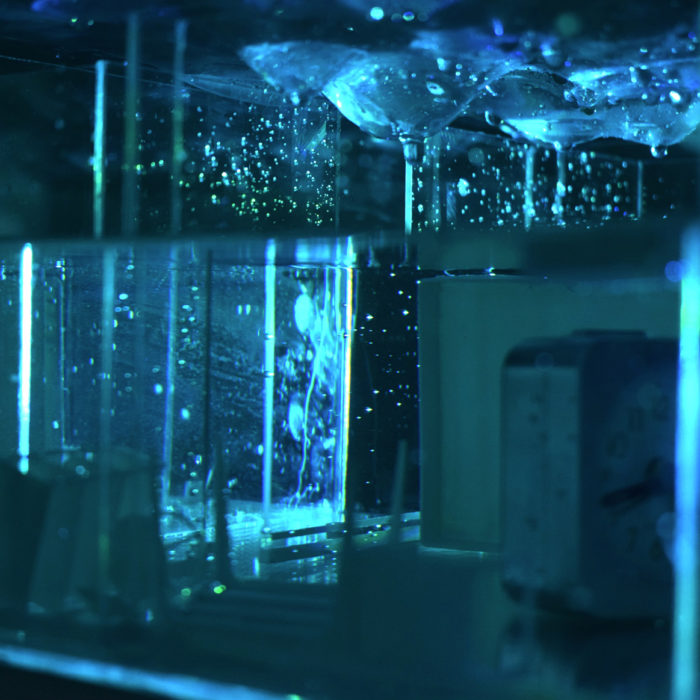 DILARA KOZ 2018-19 YEAR 2 Following the Swan of Tuonela A shipwreck as a hypothesis. In the poem, ‘Un coup de dés (jamais n’abolira le hazard)’: A throw of the dice (will never abolish chance) by Stéphane Mallarmé, the space of the double spread becomes […] 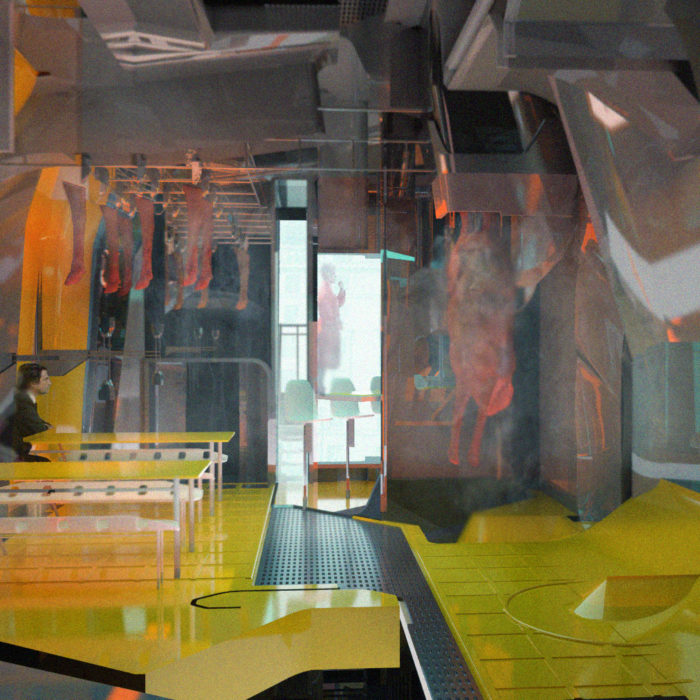 ALESSANDRO ROGNONI 2018-19 YEAR 3 “Finns Just Eat Marinated Reindeer” Two architectural proposals for Kotipizza, the largest Pizza fast food in Finland, now slowly expanding in Europe and exporting its most famous recipe: pizza with reindeer (named after Silvio Berlusconi, to which the above statement […] 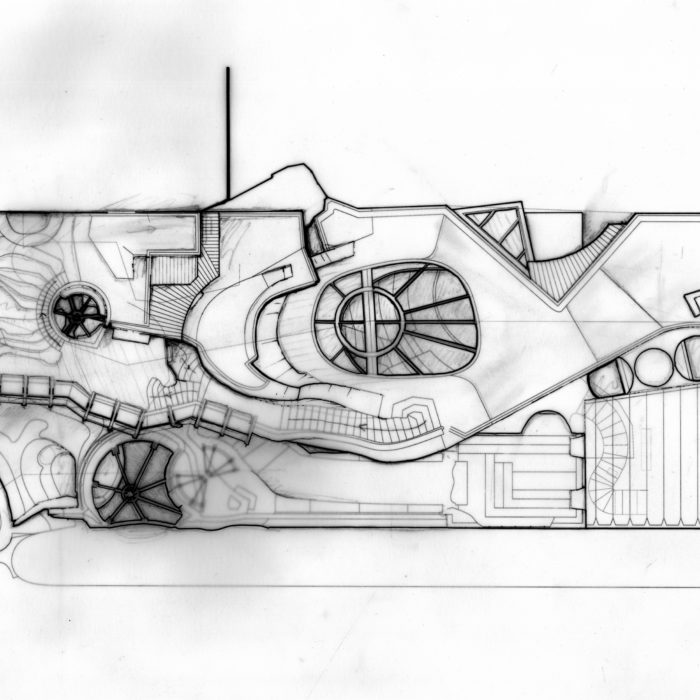 BERTIE BROWN 2018-19 YEAR 2 City Sami Sample Scape One of the many eccentricities of Finland: Inari Sami Rapper named Amoc.Just like Finland, he has taken many Western cultural influences in order to strengthen his personal and communities’ identity. His use of this urban music […] 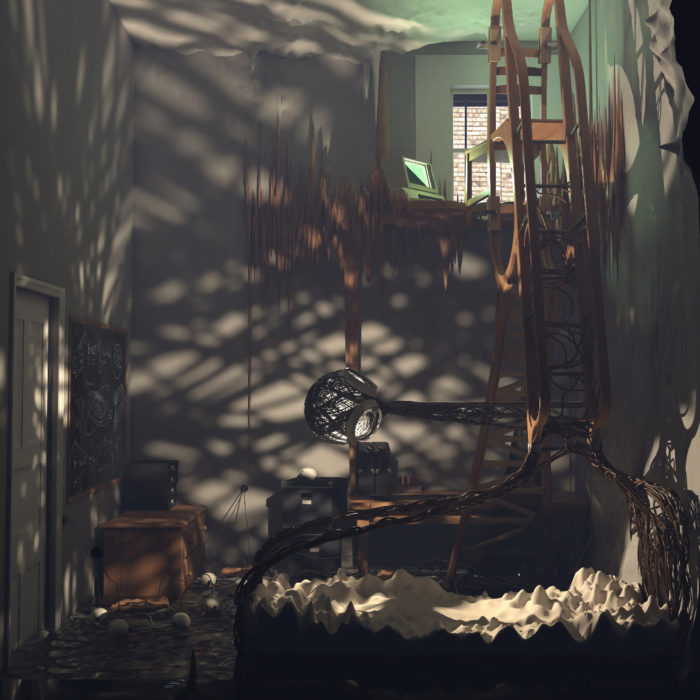 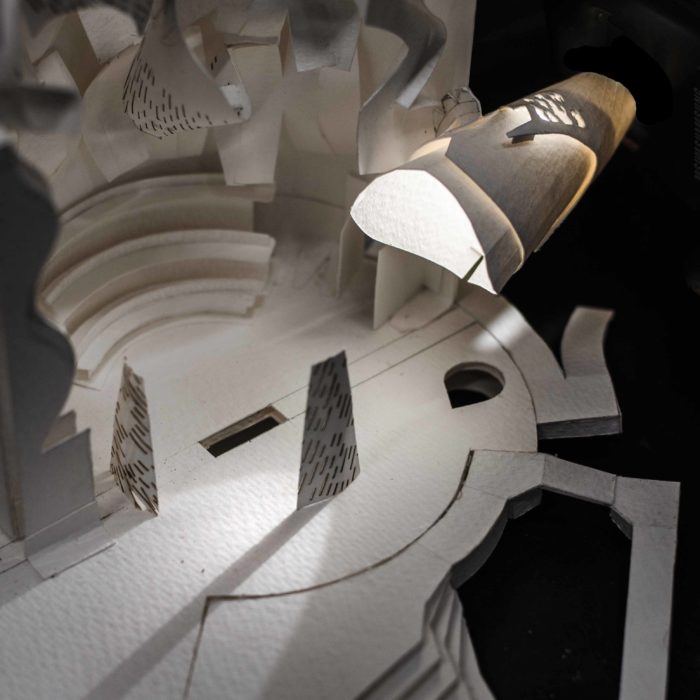 MILES ELLIOTT 2018-19 YEAR 3 Stories Told by the Fire A less carbon-intensive alternative to cremation is being introduced in Europe. Alkaline Hydrolysis, or ‘flameless cremation’, is a process where the body is broken down using lye and heat. With the flame no longer present […] 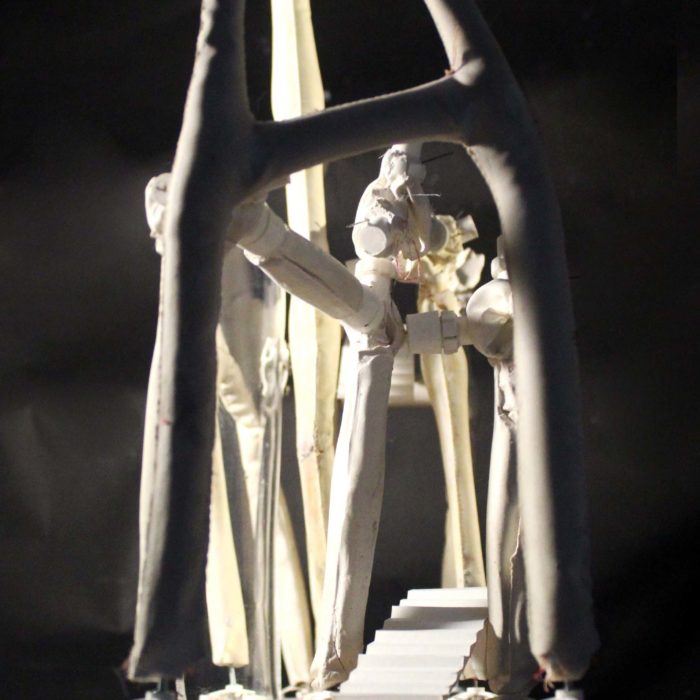 BIJOU HARDING 2018-19 YEAR 3 The Seven Brothers: Frozen Relations My building proposal is for an independent theatre, housing different renditions of the famous Finnish novel The Seven Brother by Finland’s national author Alexis Kivi. The theatre will be adaptable to fit the needs of […] 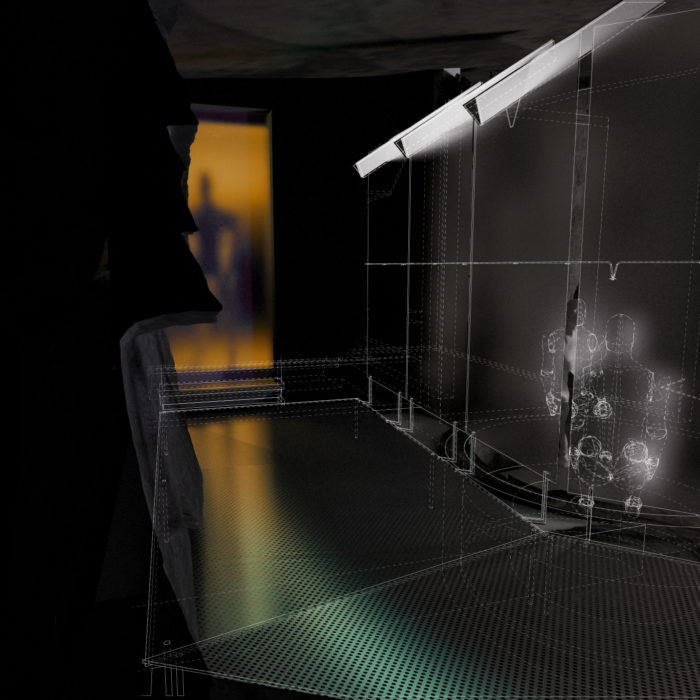 LOUKIS MENELAOU 2018-19 YEAR 2 Building Sisu “But Tom was different. He had sisu.” Something that makes the Finns eccentric is their sisu, an ability to be able to overcome hardships in life through resilience and persistence, self-marginalisation and contemplation. A rehabilitation centre for social […] 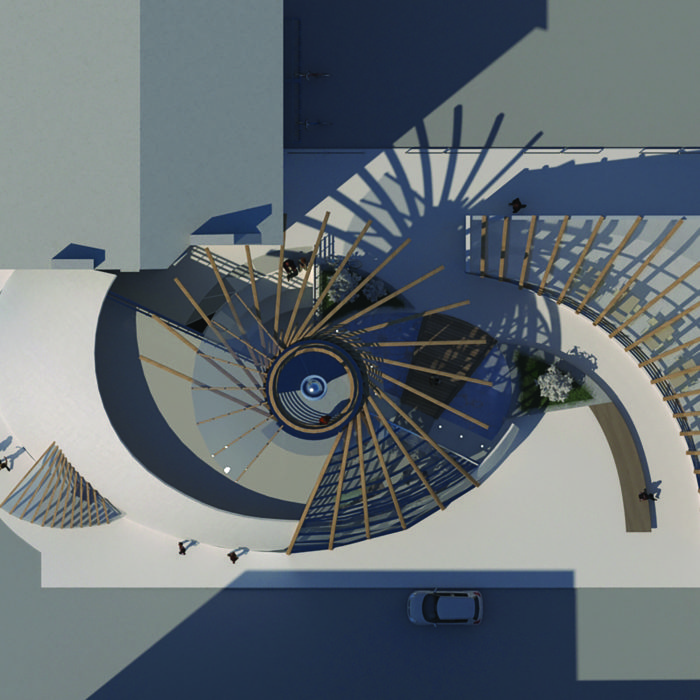 ALISA BARABOSHKINA 2018-19 YEAR 2 The Rune Library A Library for learning ancient Nordic language of Runes in Helsinki Finland informed by the symbols. Building translates spacial qualities from meanings embedded in the ancient letters as well as using a systematised method to transform the […]