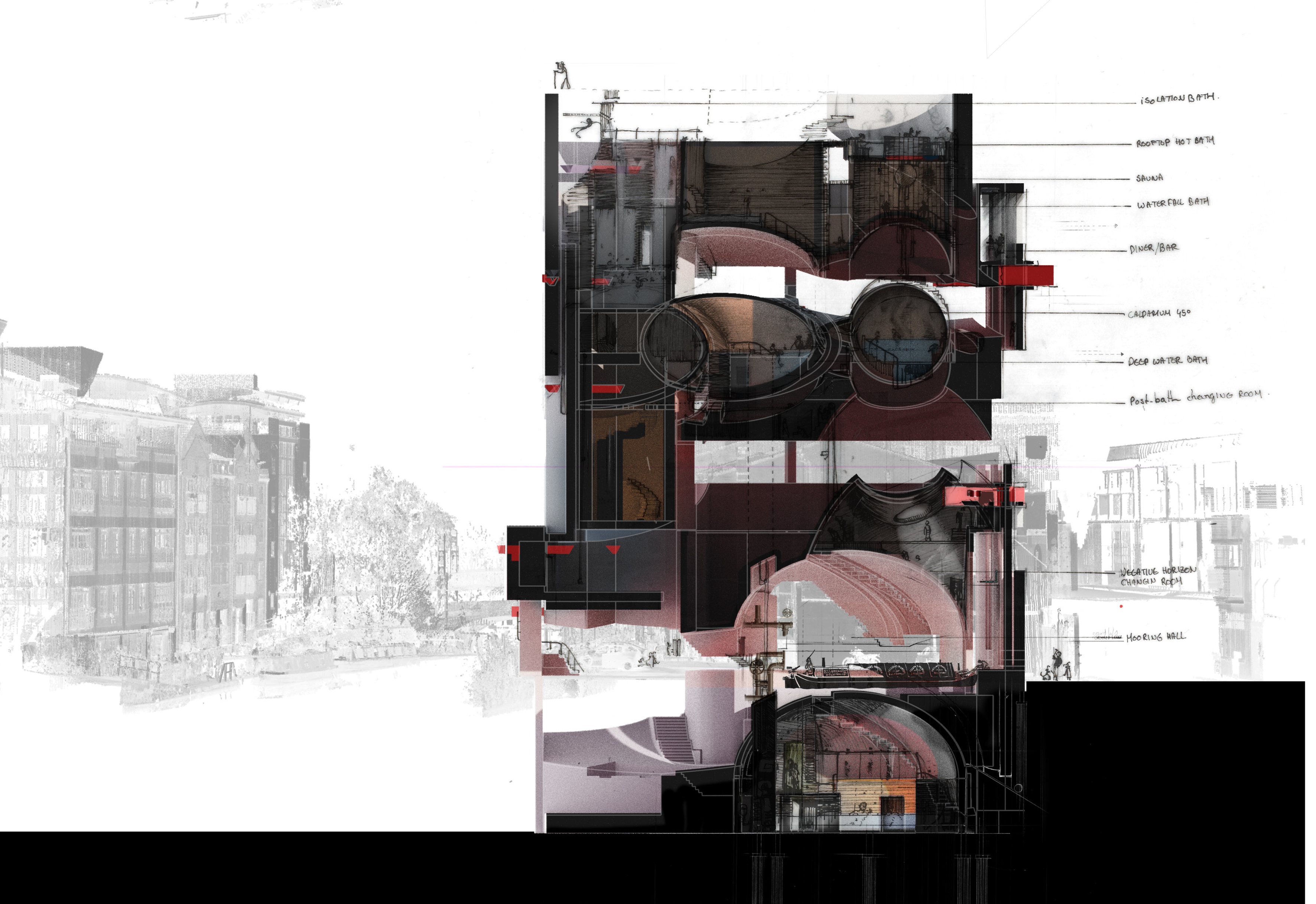 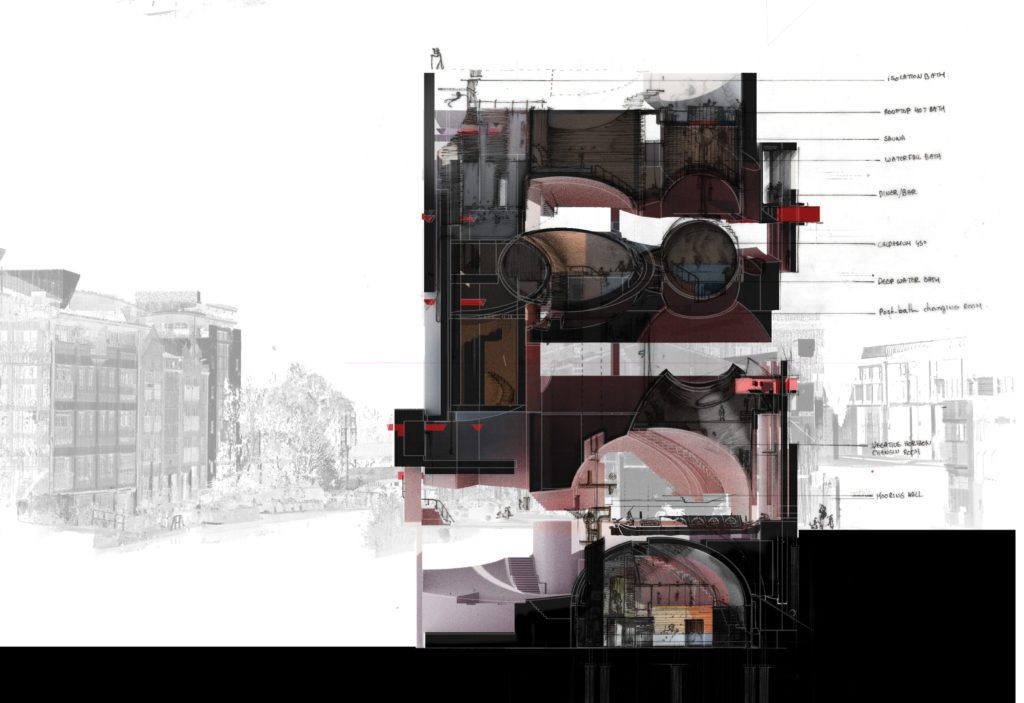 From Miniscule to Monumental

The vertical spa, open to the mooring community of London, occupies the interlocking solids within a refined play of suspended volumes – scaled-up mistranslations of the geometrical rules of Japanese joinery and the spatial qualities of its interstitial voids. Inspired by the seamless Japanese carpentry, the building acts as a jigsaw on an architectural scale. The massive concrete modules are held in position by strategically placed locking pins. The building acts as a constant dialogue between the Void and the Solid. It exists in both a closed form and an extruded form – every solid component perfectly fits within the next one. The Void is created by the vertical displacement of these Solids. The Void is left uninhabited, like cracks between rocks – a wasteland with service elements such as duct-works, electrical power conduits, water pipes and filtration systems supplying the Solid. The Solids are the inhabited space, where the baths and the bar are situated. The displacement creates openings in which the Void can be seen but not accessed.

The construction logic of the building defines its entire geometry: every ceiling will be identical to the floor of the Solid above, as they are cast off each other. As the geometries intersect in the extruded joint, the threshold between the Solid and the Voids are blurred. The curved wall might hide a hot bath, or perhaps a 6 meter fall in to the canal. The secrets in the architecture are revealed by feeling the temperature, listening to the trickle of running water, or the customers at the bar. The architecture follows logic but not always purpose.