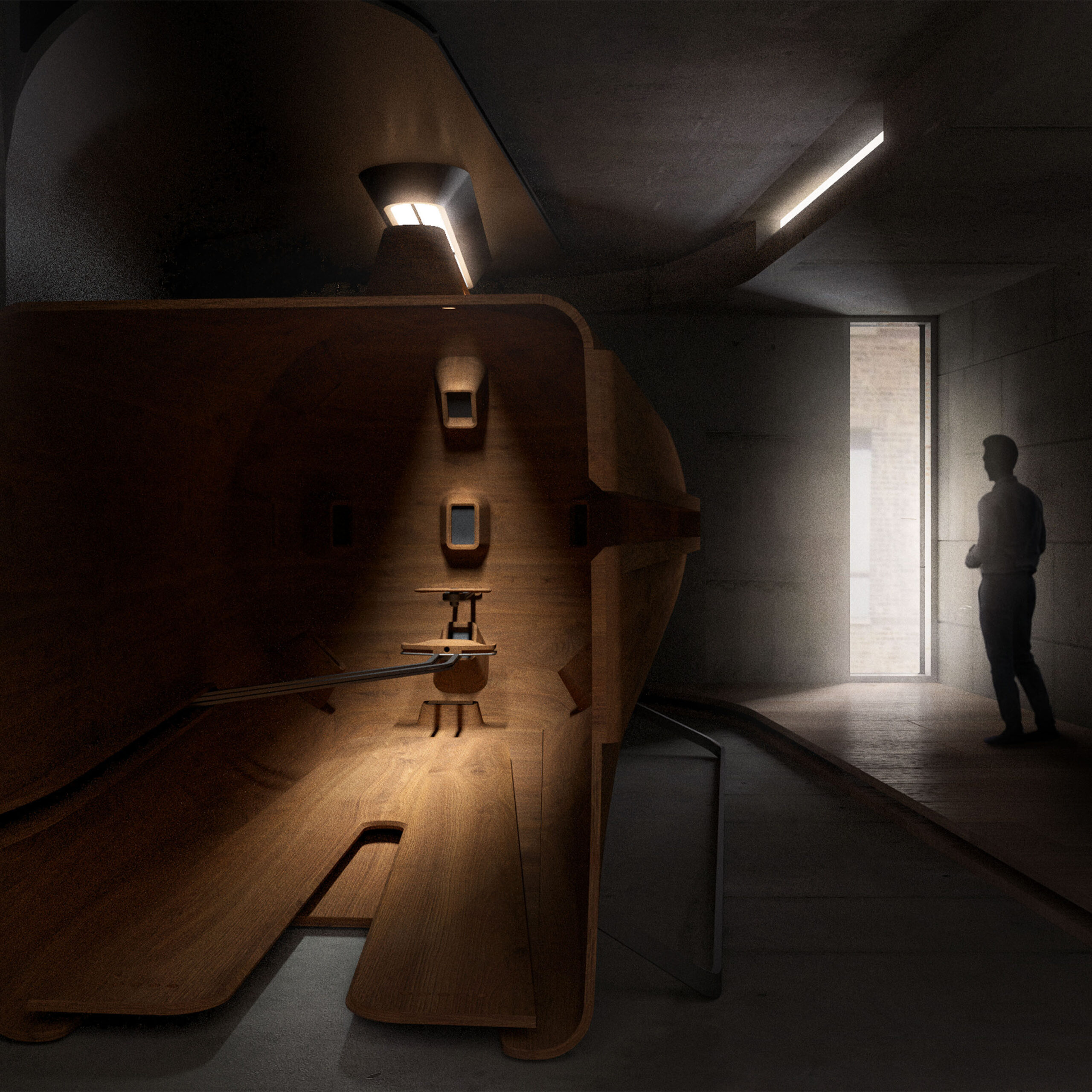 An Ode To Apollo

A centre for research in acoustics and musical production for the creative and scientific studies of sound. Home to aesthetes and acousticians alike, a series of experimental and inhabitable music chambers explore the potential of interdisciplinarity acoustic investigation.

Chicago is an emblematic of the many virtues and pathologies of the urban condition. To inhabit the industrial metropolis is to routinely confront environmental stressors. Among them, noise pollution is increasingly cited as a causal factor of psychological deterioration, and so the project questions what practical and creative opportunities might present themselves if we formulate a remedial architectural response.

Located at the intersection of an active road and the city’s elevated railway, the site is mired – acoustically speaking – by the worst the city has to offer. The periodic thunderous roar generated by passing trains stands in gross excess of levels permissible under local noise ordinance. The architecture must necessarily address this in order to function, but rather than simply attenuating, it turns the programme’s primary hindrance to an advantage. The facility celebrates and amplifies the dynamics of sound and space, whereby acoustic anomalies dictate a rejection of typical spatial practice. In doing so, the building identifies and exploits the physical logic that underlies a particular acoustic phenomenon – the doppler effect, or sympathetic resonance for example – to practically and performatively assert itself as a scientific and musical co-author. 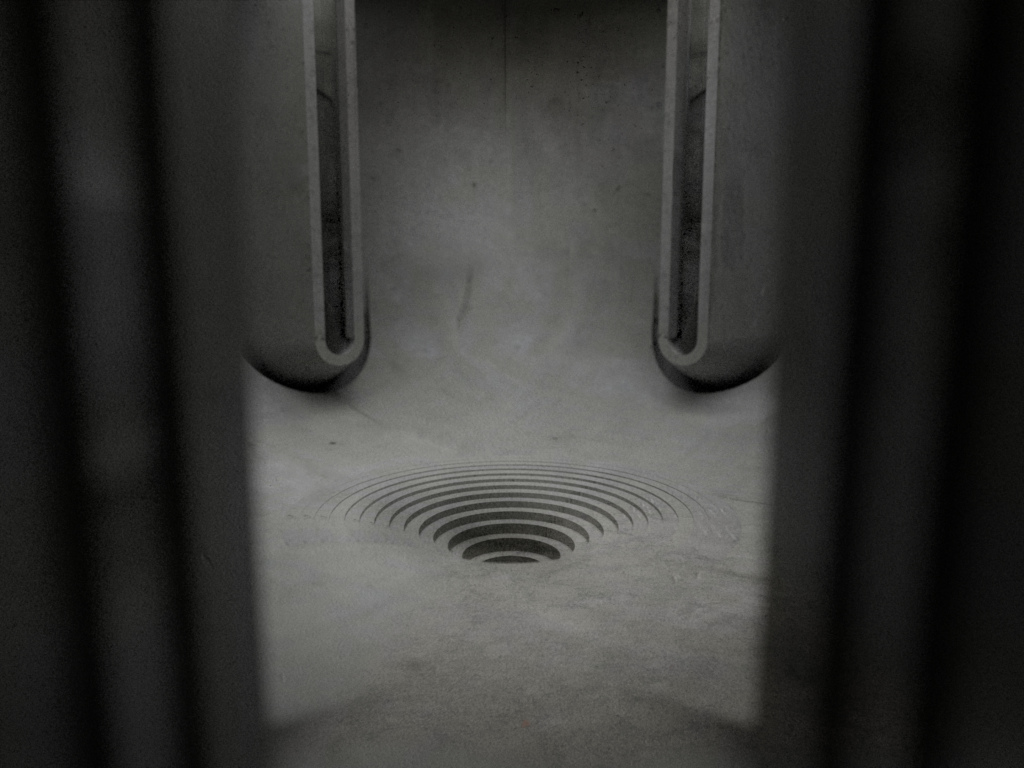 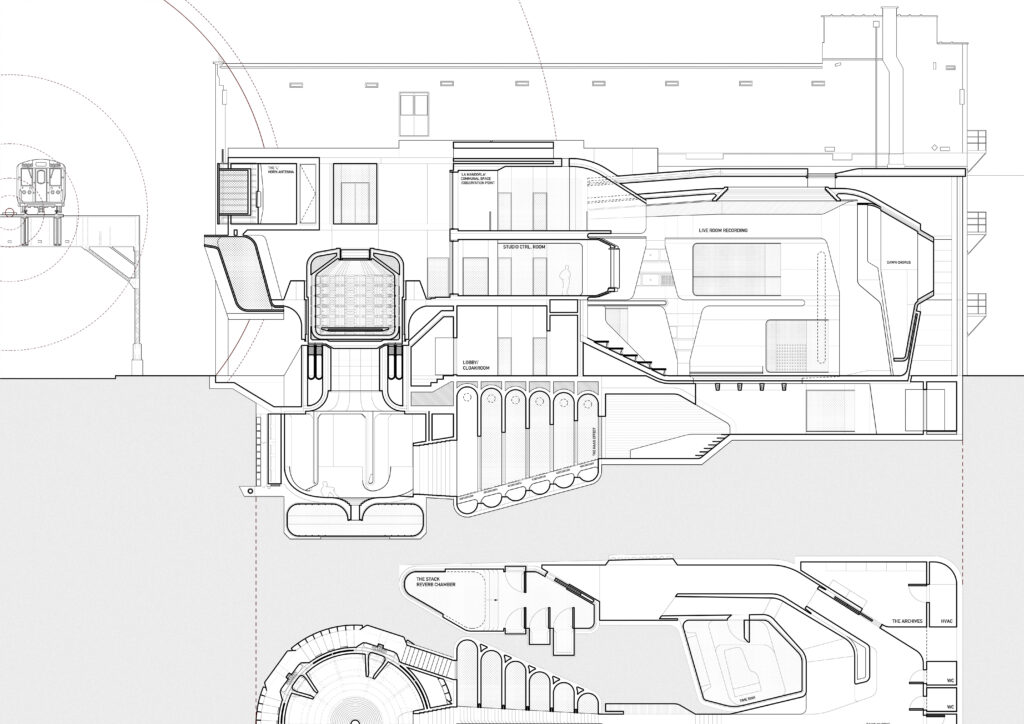