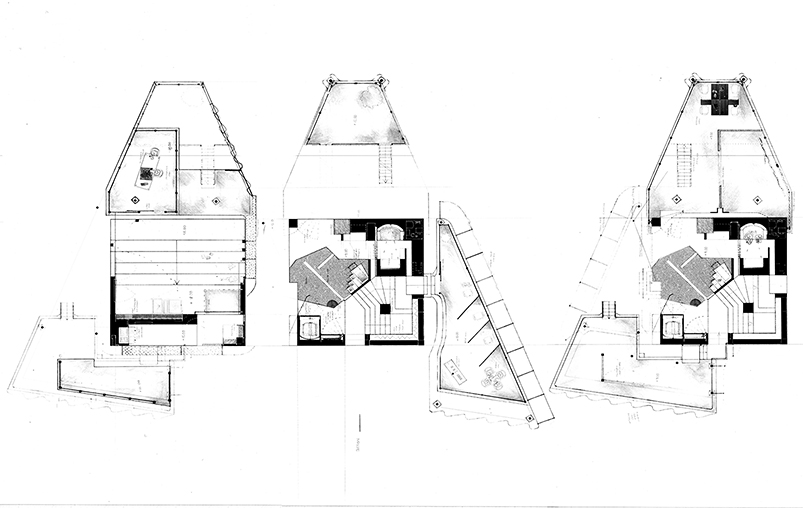 “Memory is the seamstress, and a capricious one at that. [..]We know not what comes next, or what follows after. Thus, the most ordinary movement in the world, such as sitting down at a table and pulling the inkstand towards one, may agitate a thousand odd, disconnected fragments, now bright, now dim, hanging and bobbing and dipping and flaunting, like the underlinen of a family of fourteen on a line in a gale of wind.” — Virginia Woolf

The building proposal is a public archive that encompasses a public and open-access library, archival and exhibition areas. These spaces are in memory and reminiscence of the evicted people, the demolished houses and lost memories of Los Angeles that got erased and forgotten due to the extensive urban expansion and the erection of the four level interchange nicknamed; ‘The Stack’.

The sacrifice that has been made is once again remembered and serves as a focus for the act of ‘anti-erasure’ of the past and the surpressed memories of LA.

It is a building for contemplation. A memorial. A ghost. A quiet space for thinking, reading and escaping the ‘fake reality’ of LA. It provides private reading units within a public structure. Spatial contrast and hierarchy is crucial as it allows both, isolation from and reunification with, the city. It suggests a discussion between the space and its user, the space and the city and the user and the city. 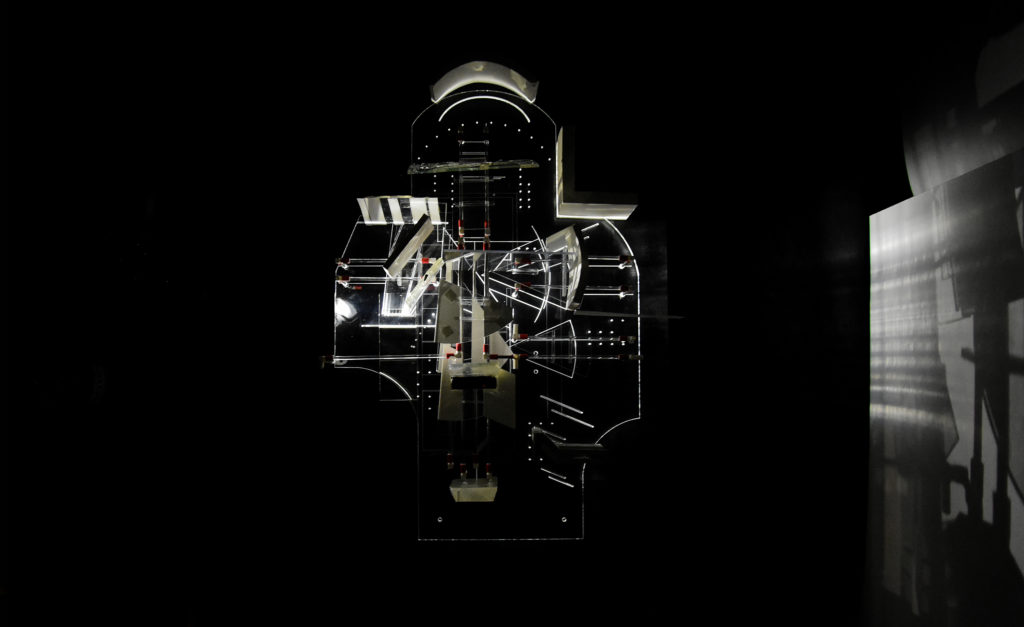 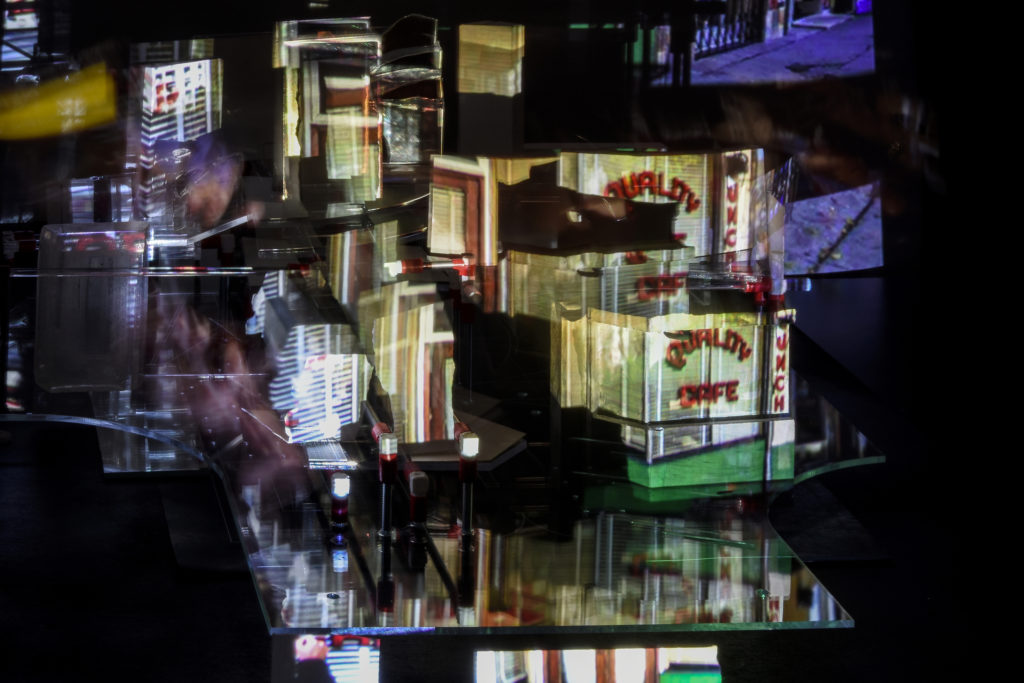 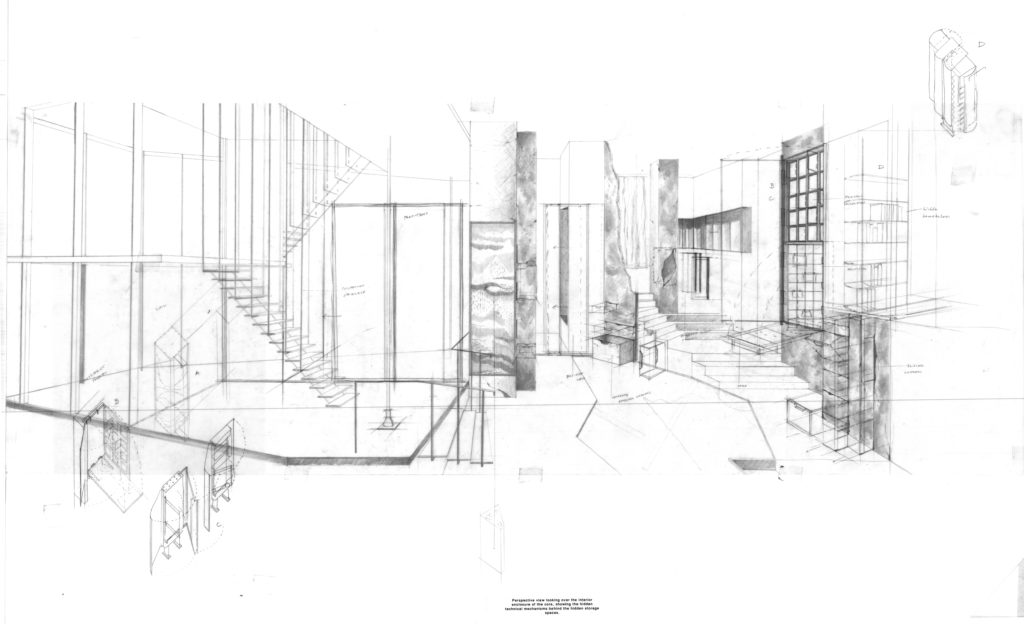 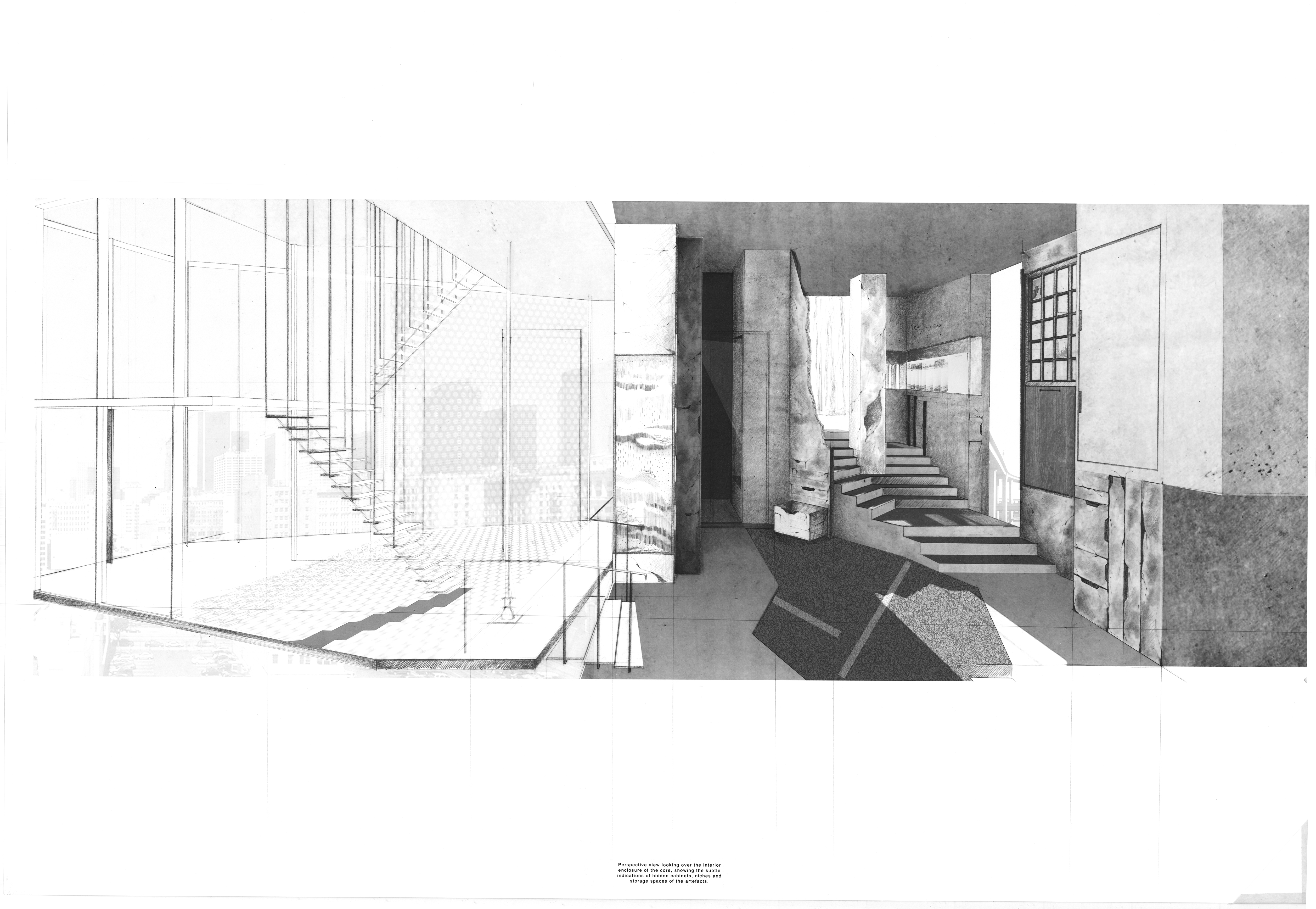 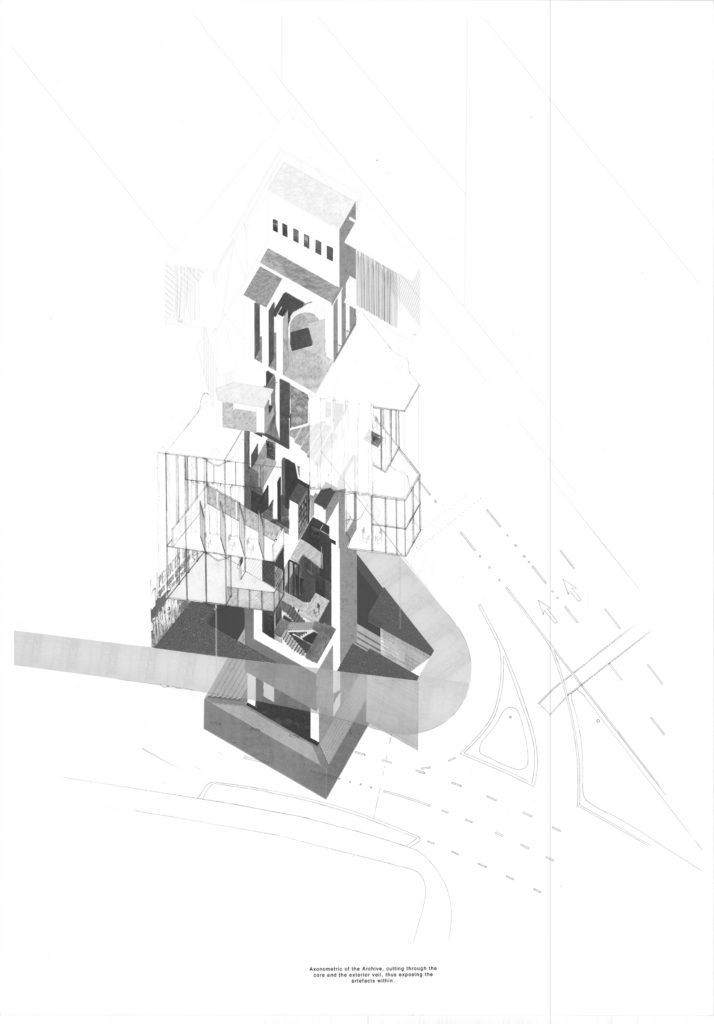 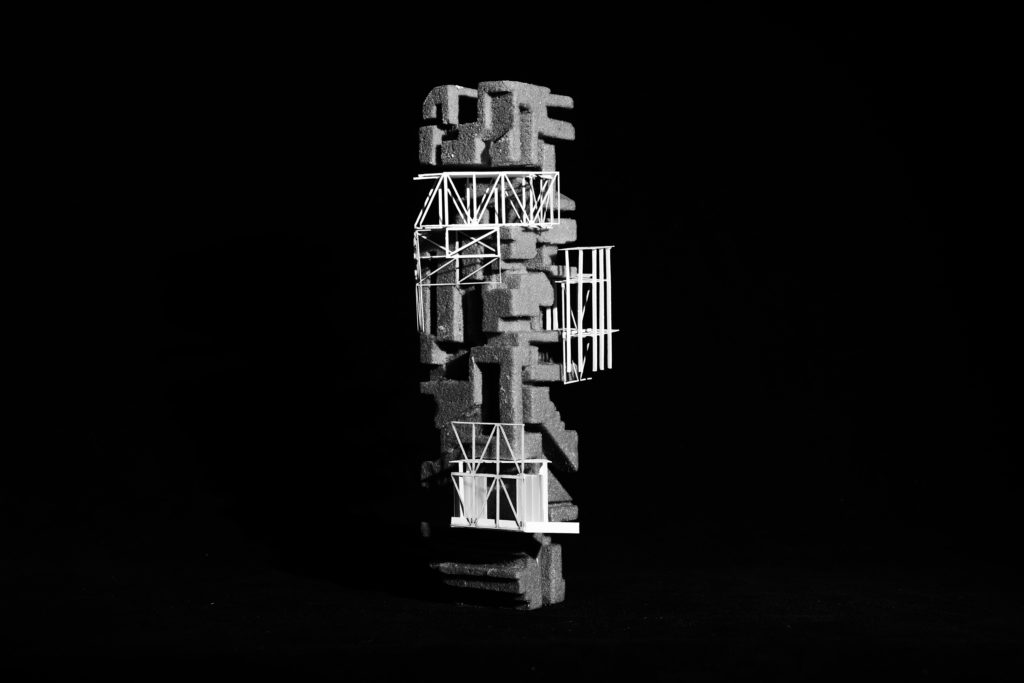 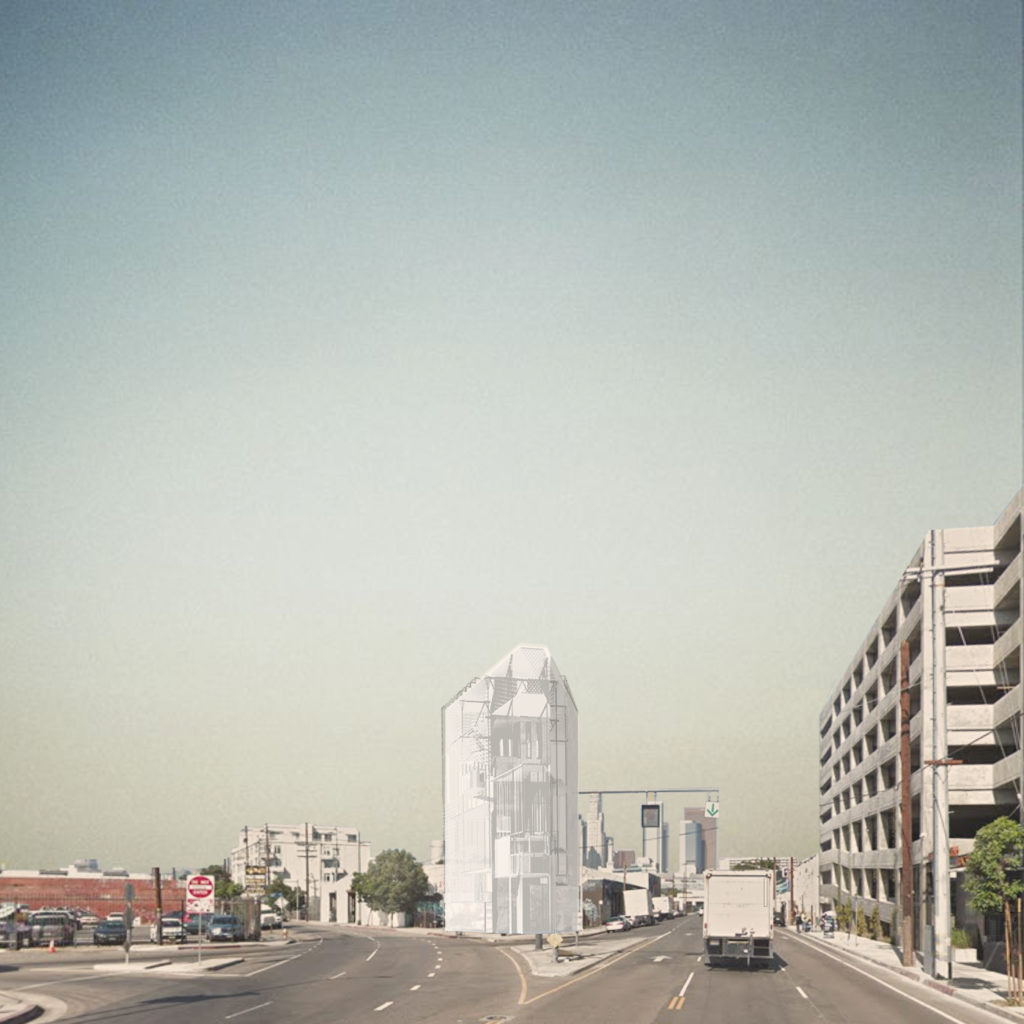