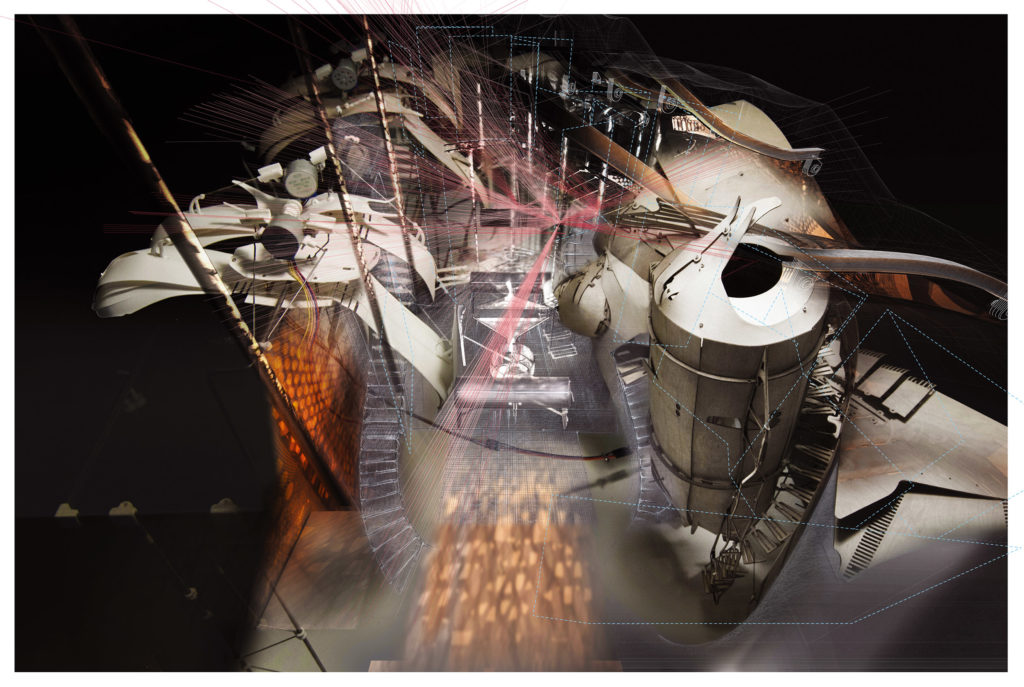 Stemming from R. Murray Schafer’s research into industrial soundscapes, both projects seek to reintroduce spontaneity and chance into their acoustic environments. The first, a series of acoustic devices implanted into Otto Wagner’s Hietzing Station in Vienna, attempts to play the ‘native sounds’ of the platform’s infrastructure, to re-energise the local soundscape and delight the commuters. Early prototypes behaved unpredictability through coding errors, developing an interest in robotic spontaneity. The second project expanded on the use of ‘native sounds’ discovered in the first, seeking to shift the building’s programme from cafe to nightclub using only the existing soundscape of the building. The proposal seeks to amplify, distort and delay the sounds of its in-habitation through a series of spontaneous, articulated sound ‘nests’, (tested through simulations and a 1:20 kinetic model) creating its own increasingly rhythmic composition throughout the day. 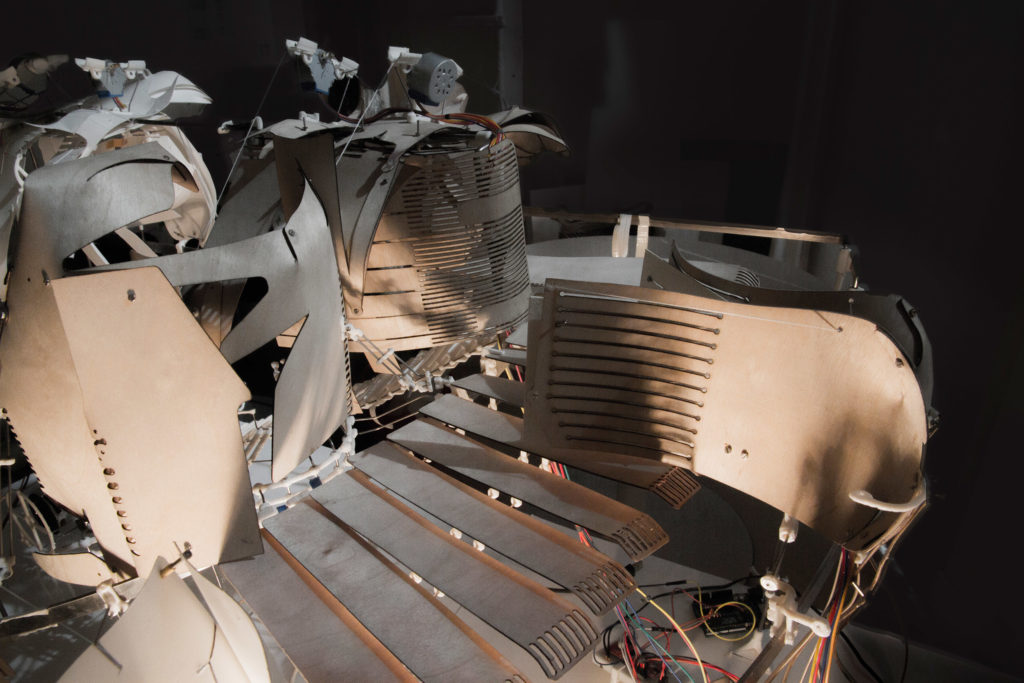 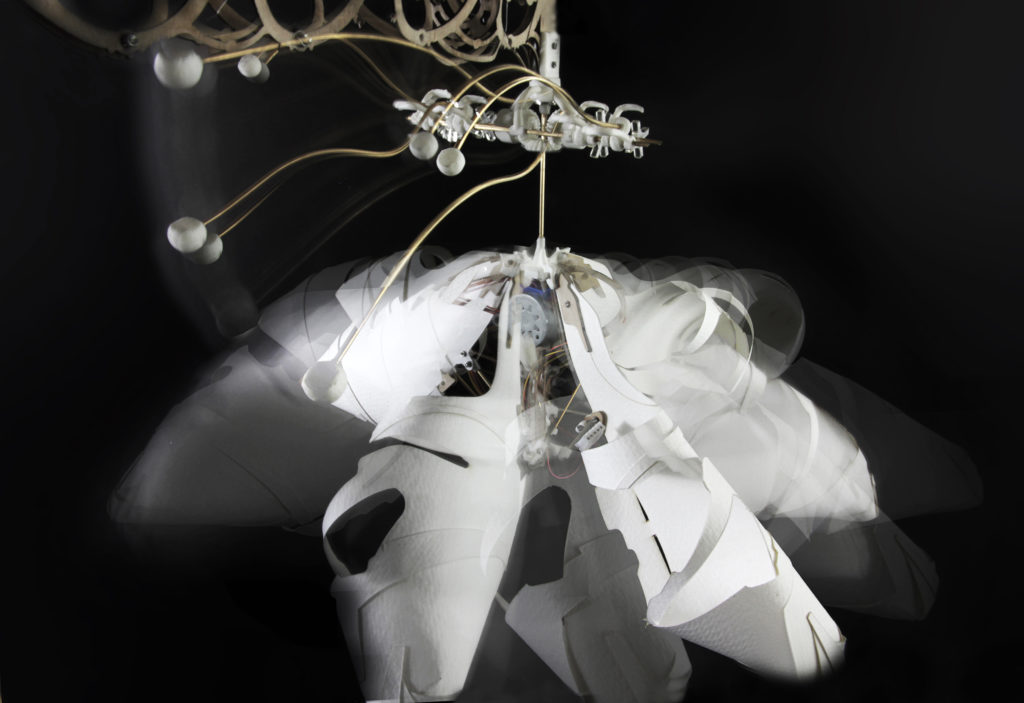 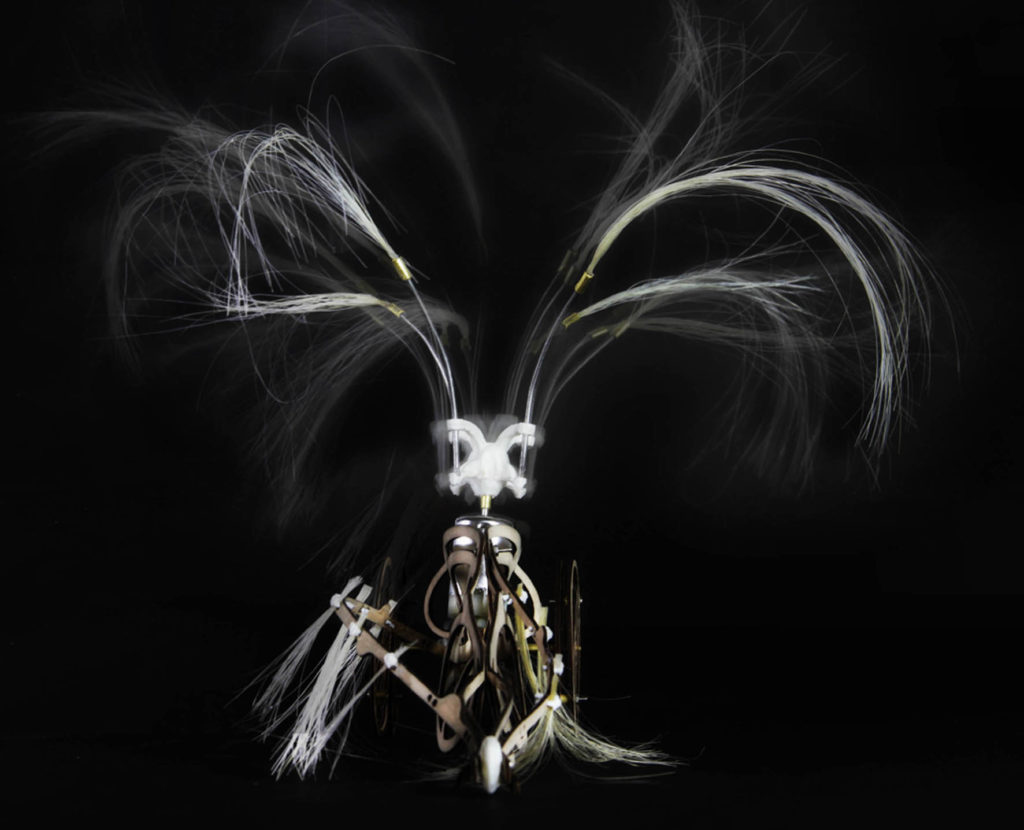 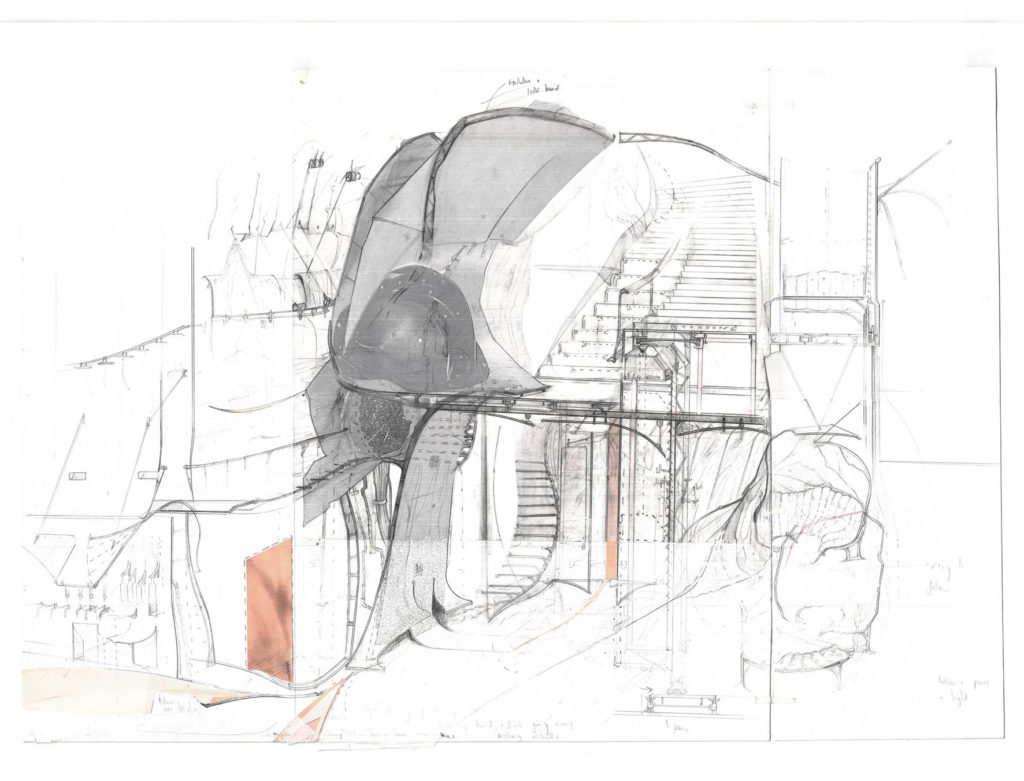 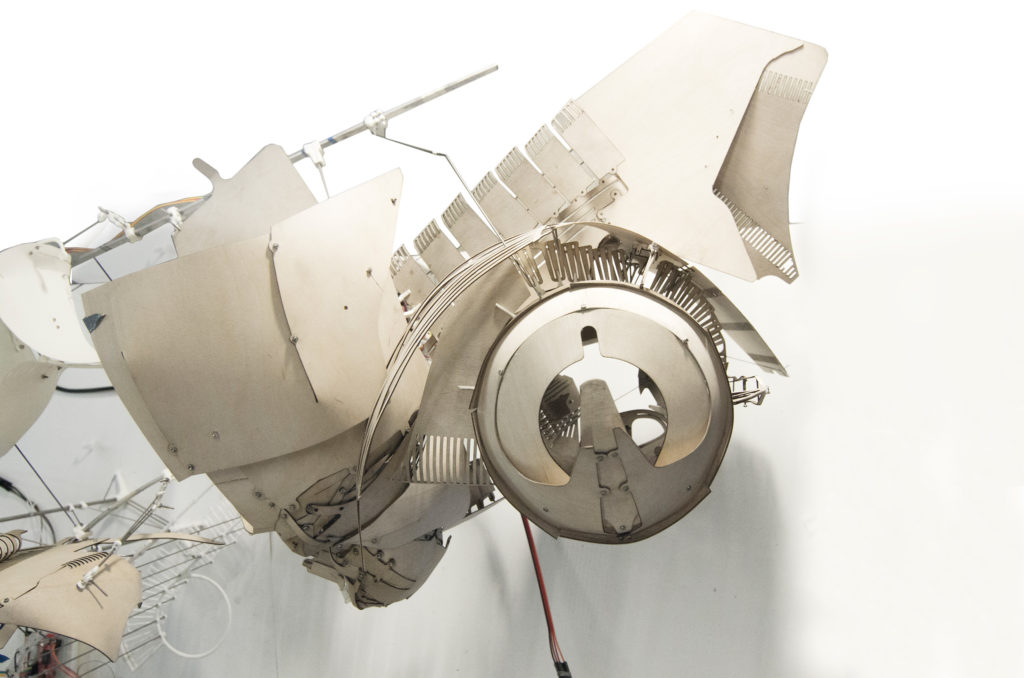 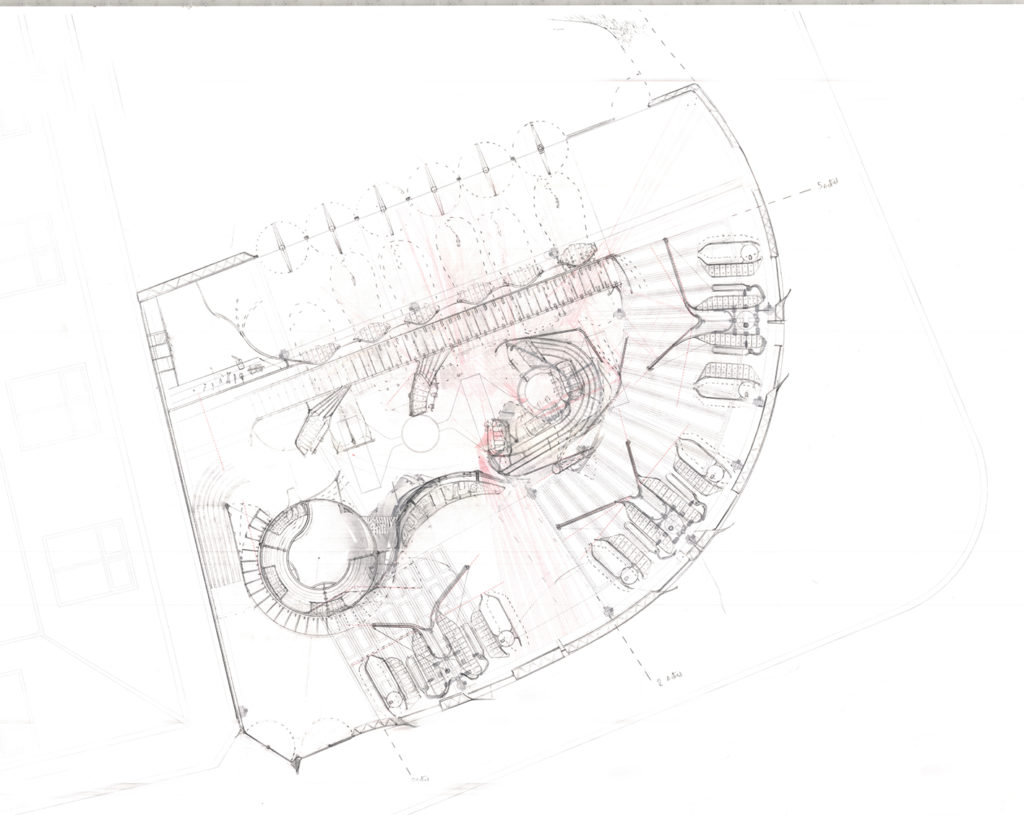