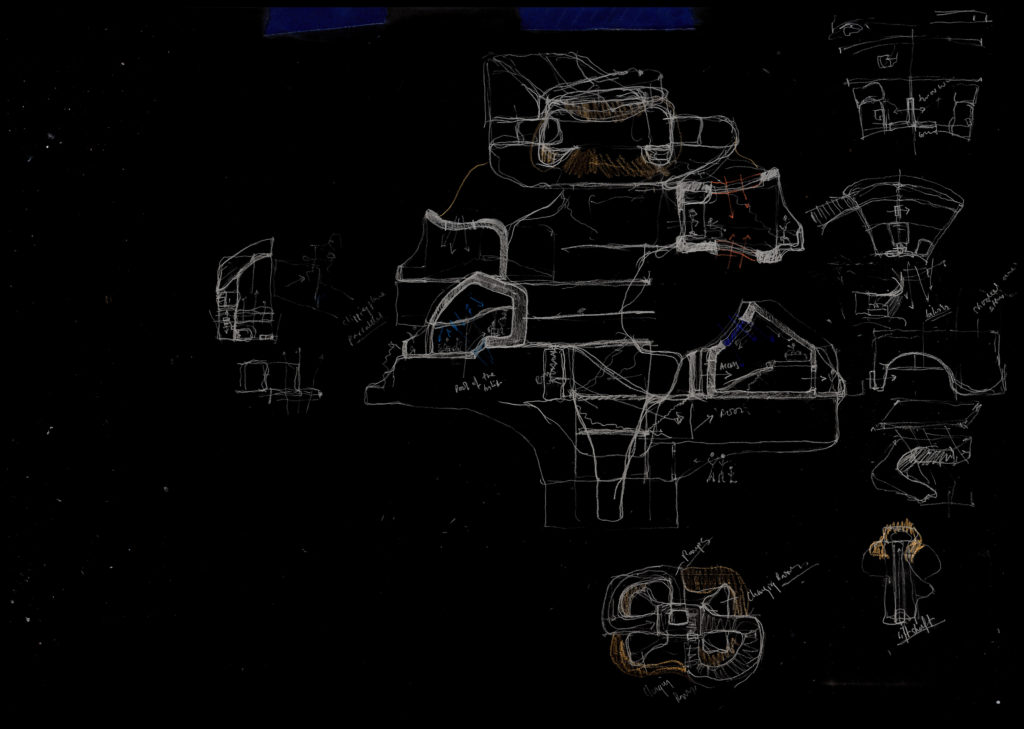 “Architecture is the art of reconciliation between
ourselves and the world and this mediation takes
place through the senses.”
—Juhani Pallasmaa

Materialising the Gaze. A series of study objects and drawings attempting to unpick and physically encapsulate the motion of the gaze whilst navigating various architectural and narrative environments, eventually developed into a method of drawing with the eye. Originally inspired by Giacometti’s hand-eye translation and his language of mark making, the project confronts these methods with contemporary technologies of eye tracking, digital modelling and rapid prototyping.

LA Refracted. Fragmenting the city into individual pieces, this project responds to a series of depictions of LA, mediating between the city and the way it is experienced. Using the medium of water to refract, reflect and distort; the building recreates abstractions taken from the city itself in the form of a hotel. The very building within which people arrive to observe the city also becomes a lens with which to study it. Much like Hockney studying water as a lens: this project seeks to see beyond LA’s shallow surface, examining and exploring how the city as an entire notion can be contained and suggested in a sequence of spatial experiences. 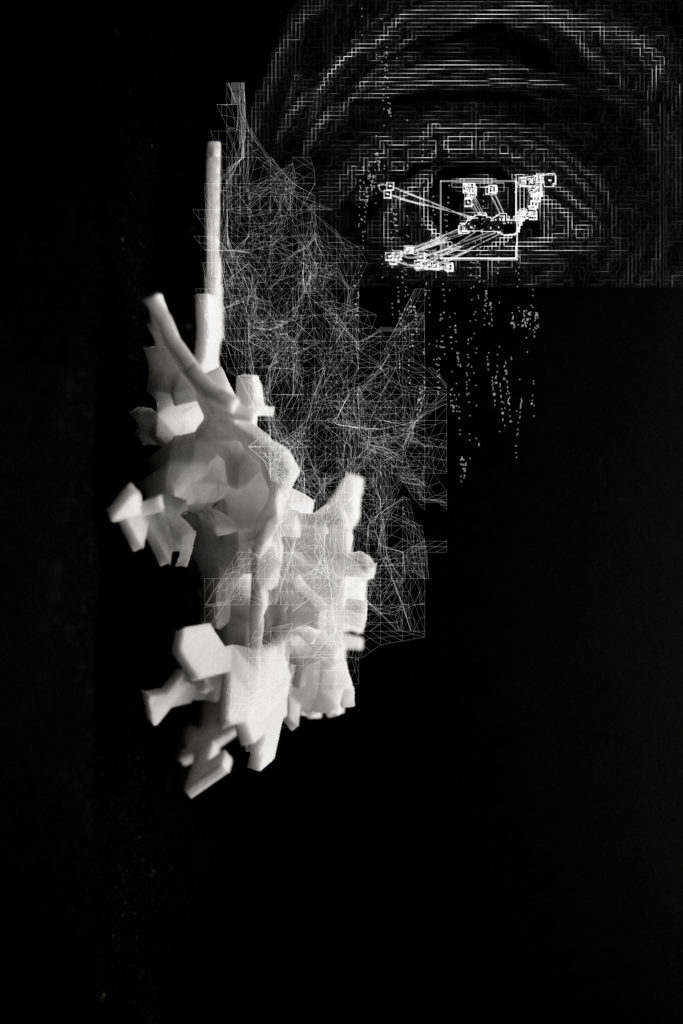 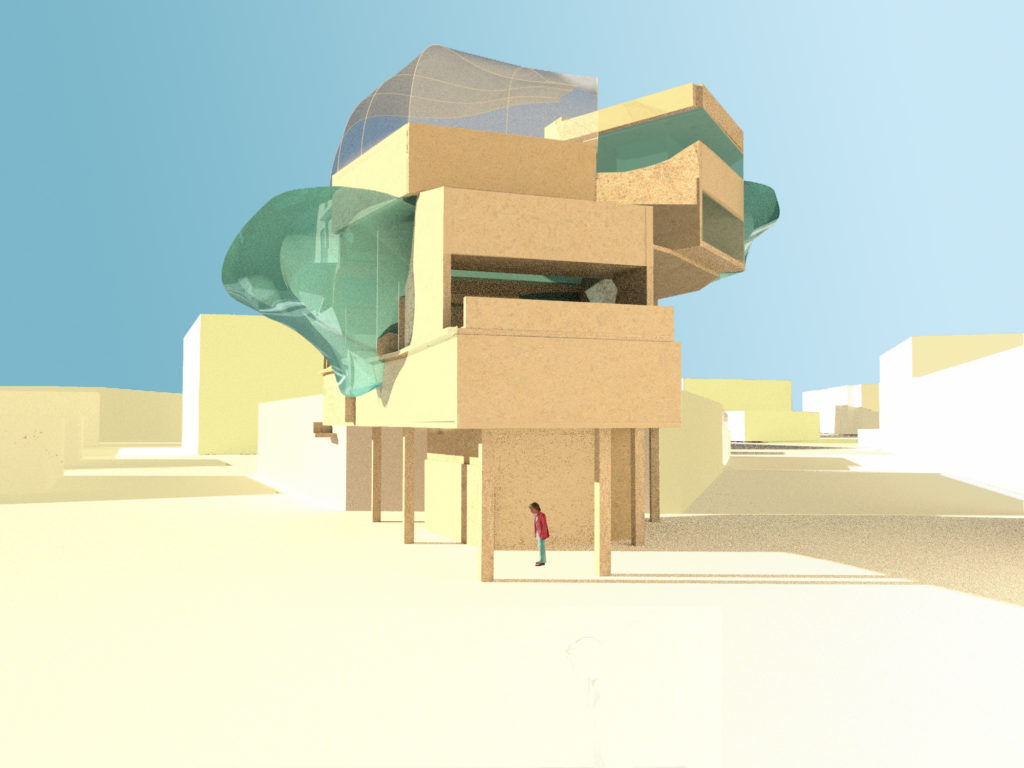 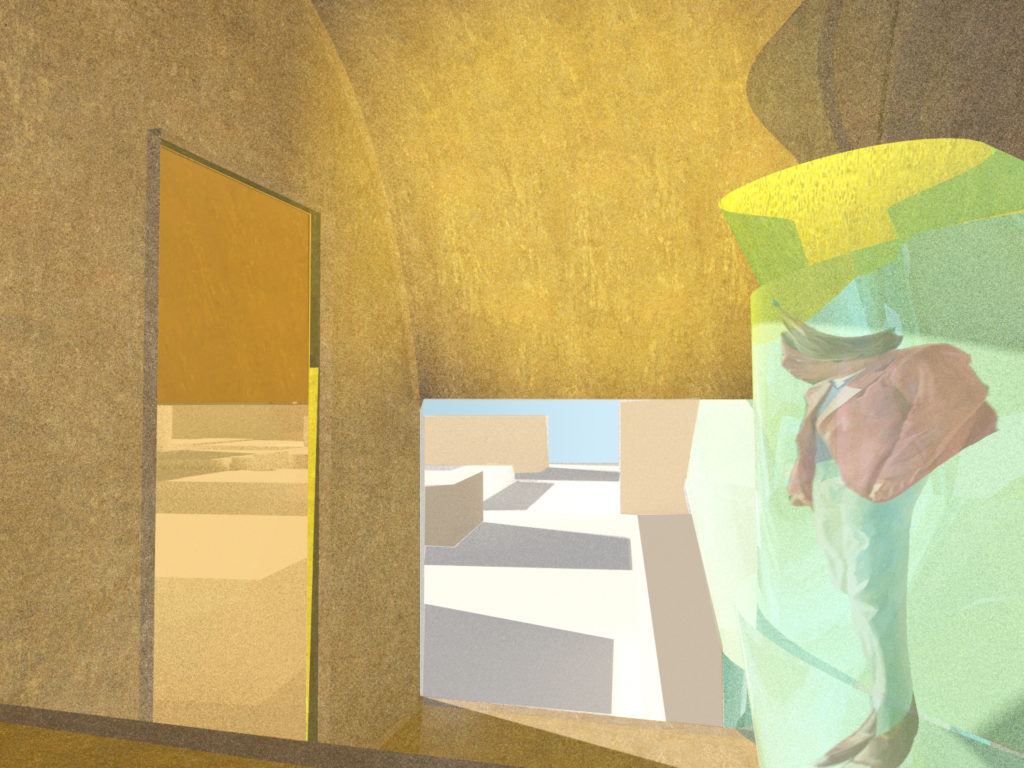 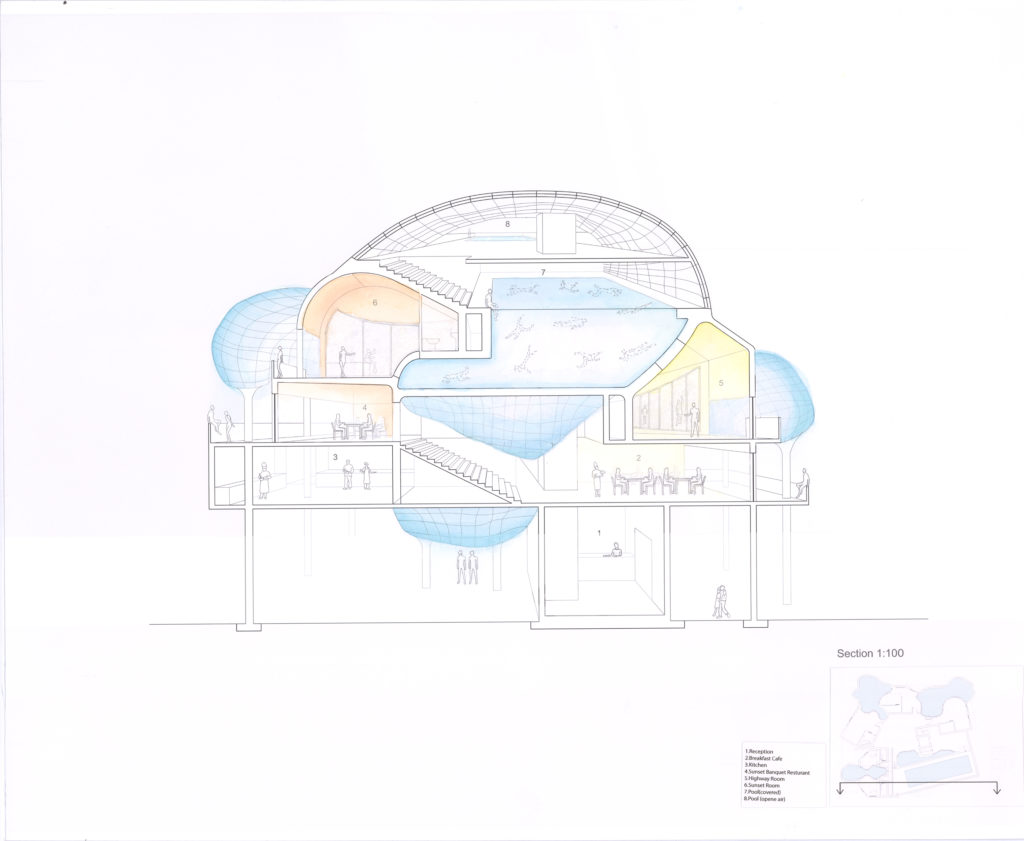