The project chooses to see binocularity as an opportunity of translation between the human and architecture in Vienna. A sculpture for opening the eyes.

The Kunst-Bunker responds to Vienna’s obsession with the ornate and the artistic through the architecture of an underground bank that collides with the storage and display of artwork. Vaults store secrets now instead of money, and the line between artwork is questioned in the architecture which aims to give back to Austria the opportunity to experience its hidden and privatised artworks. There is a garden descended three storeys underground that is conceptually still part of the garden-scape above, sunken. The roof (ground) is its connection to Vienna. It undergoes a kinetic shift, as elements inside rise to explore its programmatic duality. 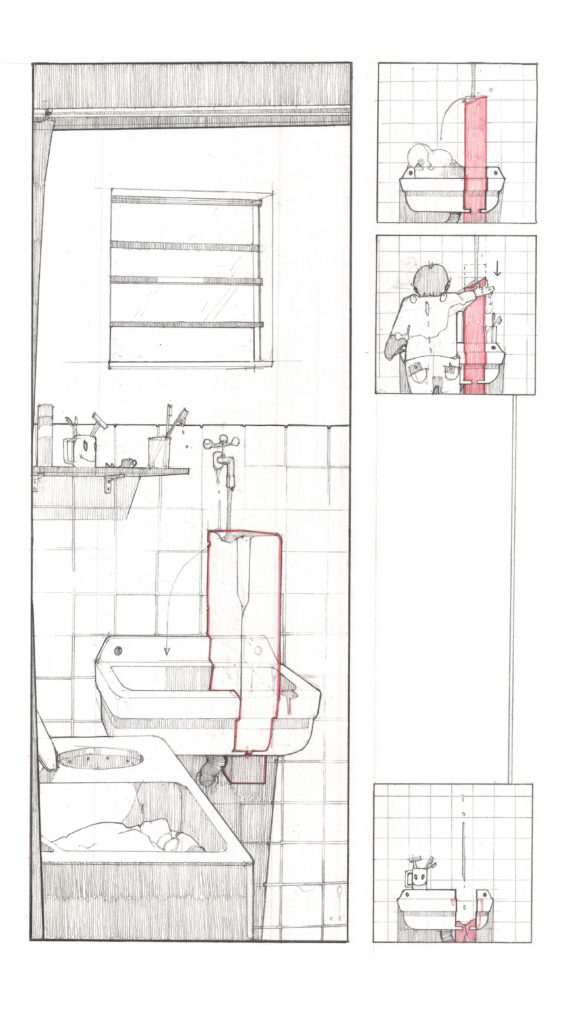 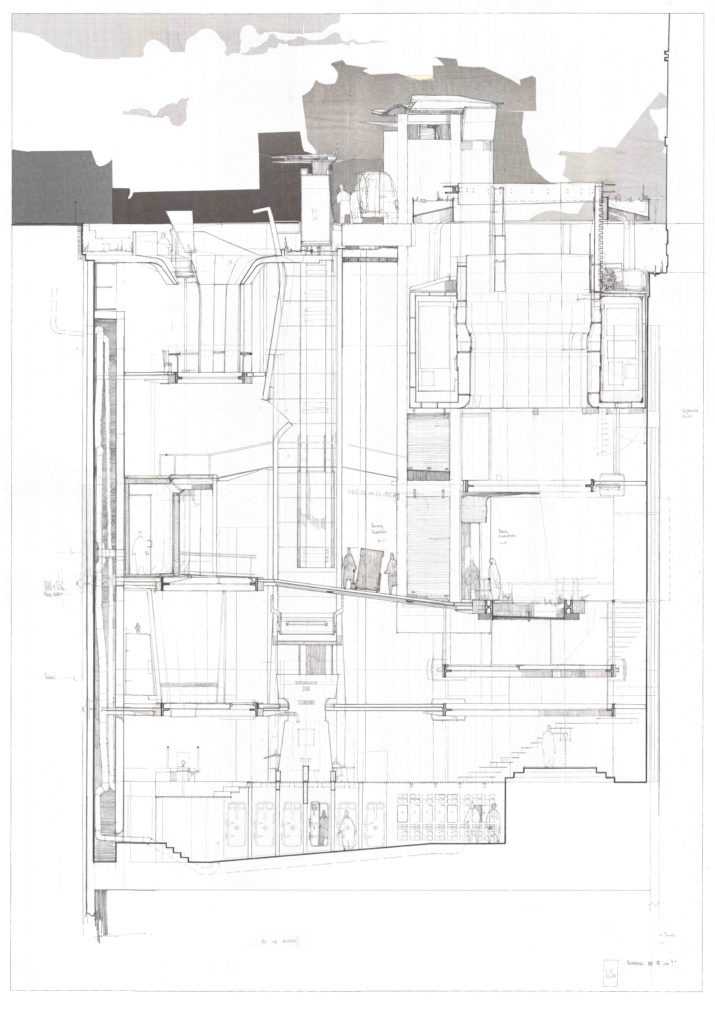 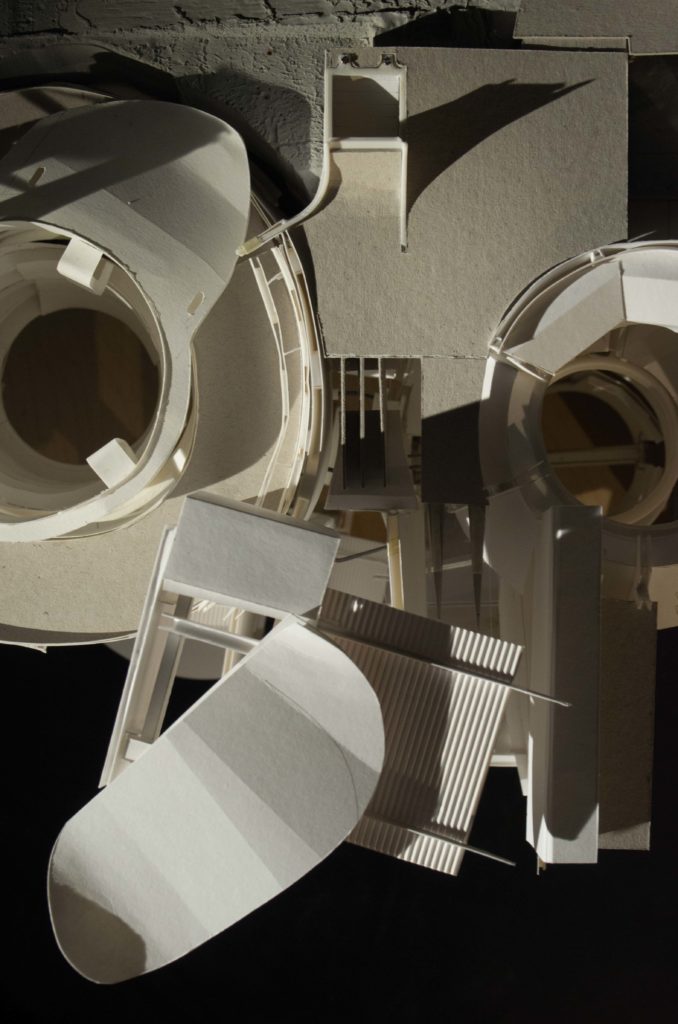 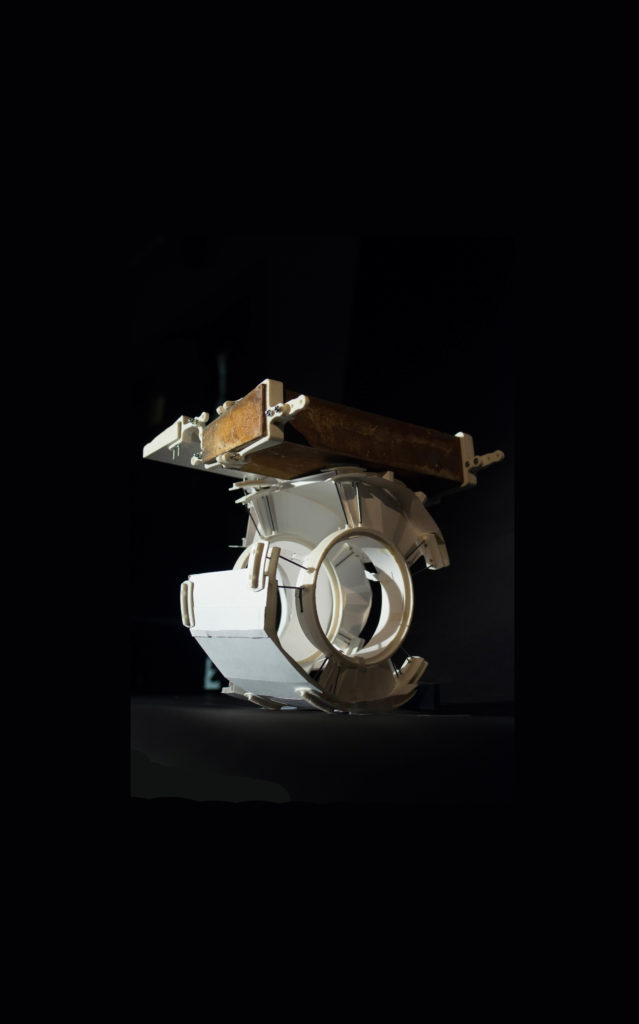 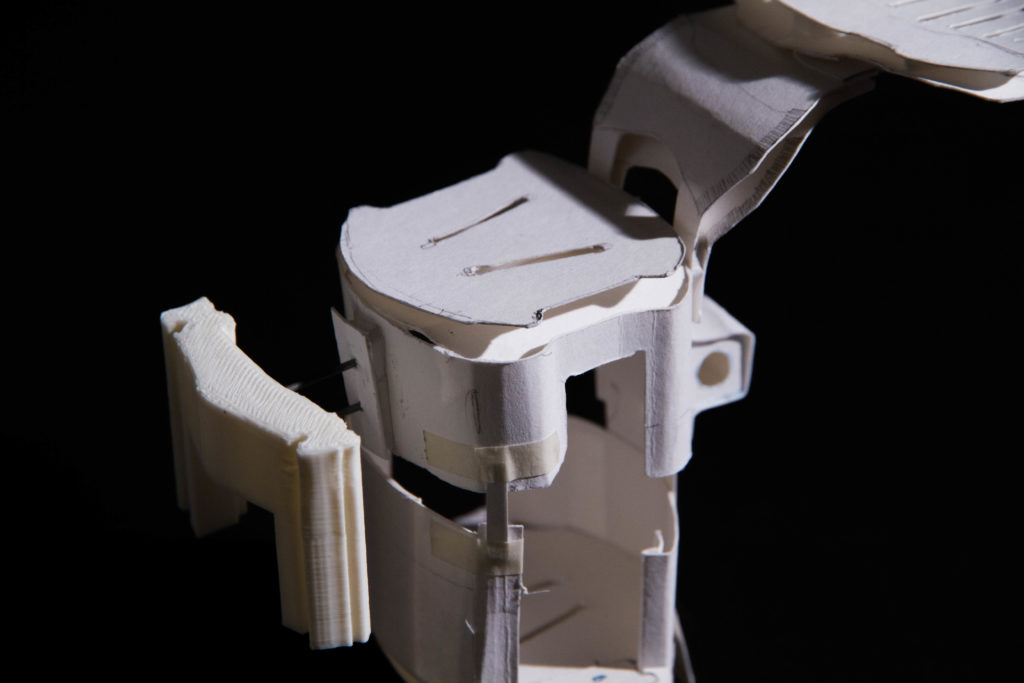