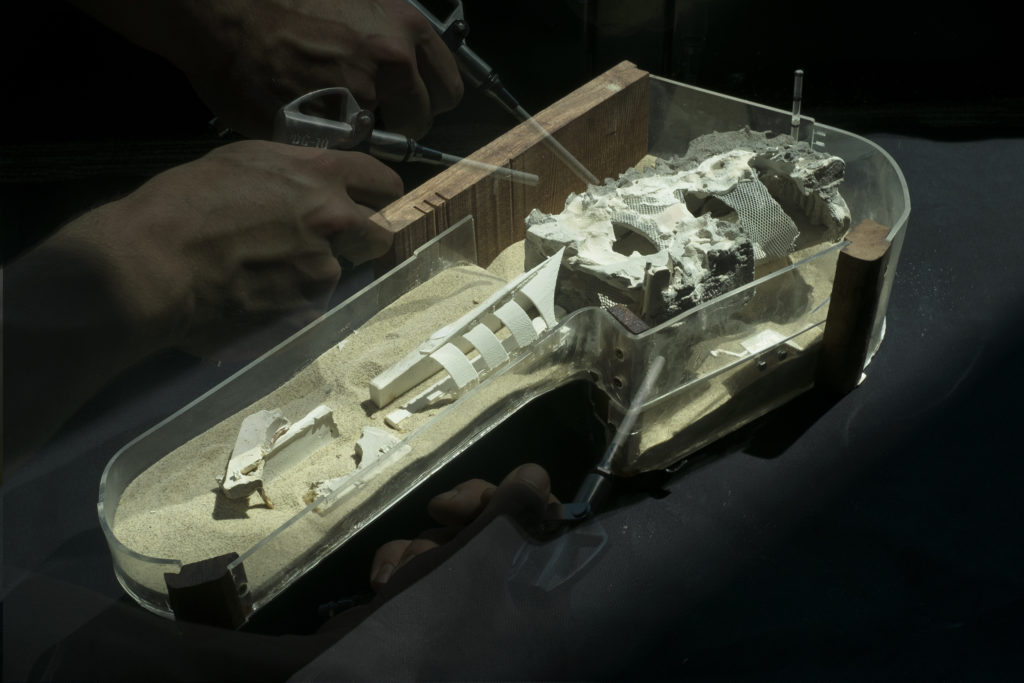 The Museum of Ancient Recipes

The architecture responds to an international amalgamation of culture, seeking to restore a direct relationship between local geography and tradition. Recipes change as they are passed down and forgotten by family generations. The building methodology is erosion, where the walls are cast in layers of brittle concrete. Weathering and human habitation relocates material over centuries and reveals routes and new recipe exhibits.

At the beginning of the building’s lifetime, a tilt-cast pavilion serves as a public space where volunteers open temporary food stalls for the homeless communities of Skidrow. Visitors question the buried enclosure as they speculate what lies underground. Cavities in the walls morph into seats and handrails, as the architecture is shaped through human erosion.

Over time exhibits take their place in the museum as other archaic foodstuffs join UNESCO’s Intangible Cultural Heritage List. A canteen selling Tagik Oshi Pilav encourages inter-cultural exchanges being traditionally a meal shared between families. In the centre of the ground floor, a large round saucepan dictates the erosion process as the object informs the way visitors gather and converse. Further underground, there will be a studio for a Vanautu sand calligrapher creating continuous line sand drawings to record the ritual of food preparation. The public is encouraged to read into the lines rather than solely enjoy their beauty.

The final stall sells an ancient acorn cake once prepared by the Californian Chumash tribe. Buried deeper underground, this stall enforces the museum’sbedrock relationship to context. Consistencies allow the substructure to remain intact while cavities allow dry sands to flood into disused spaces. 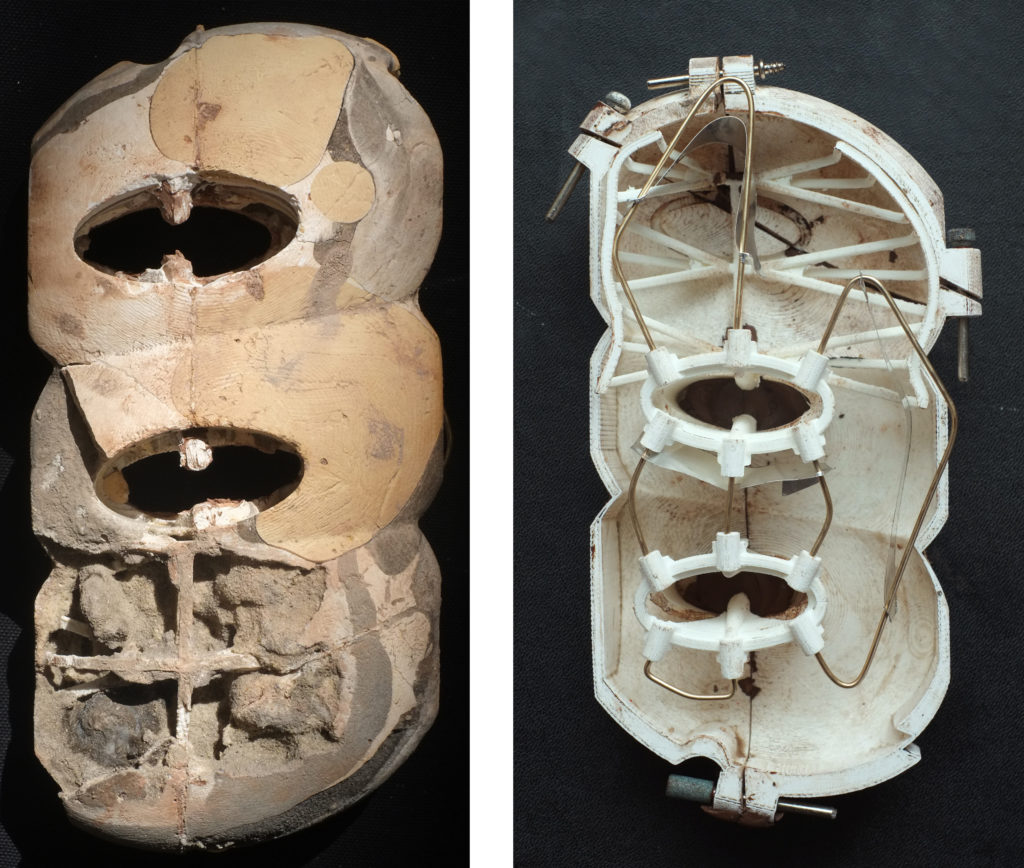 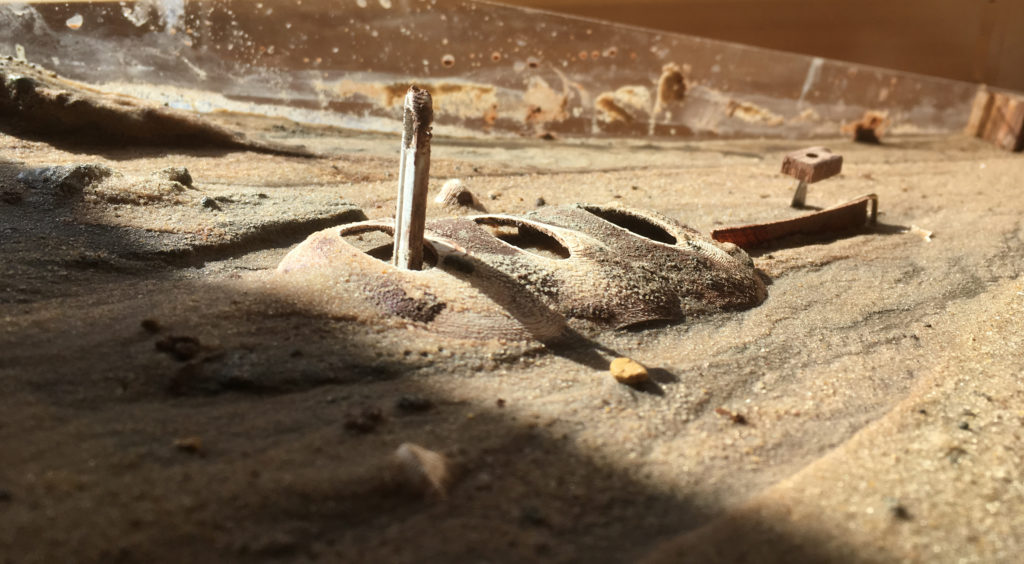 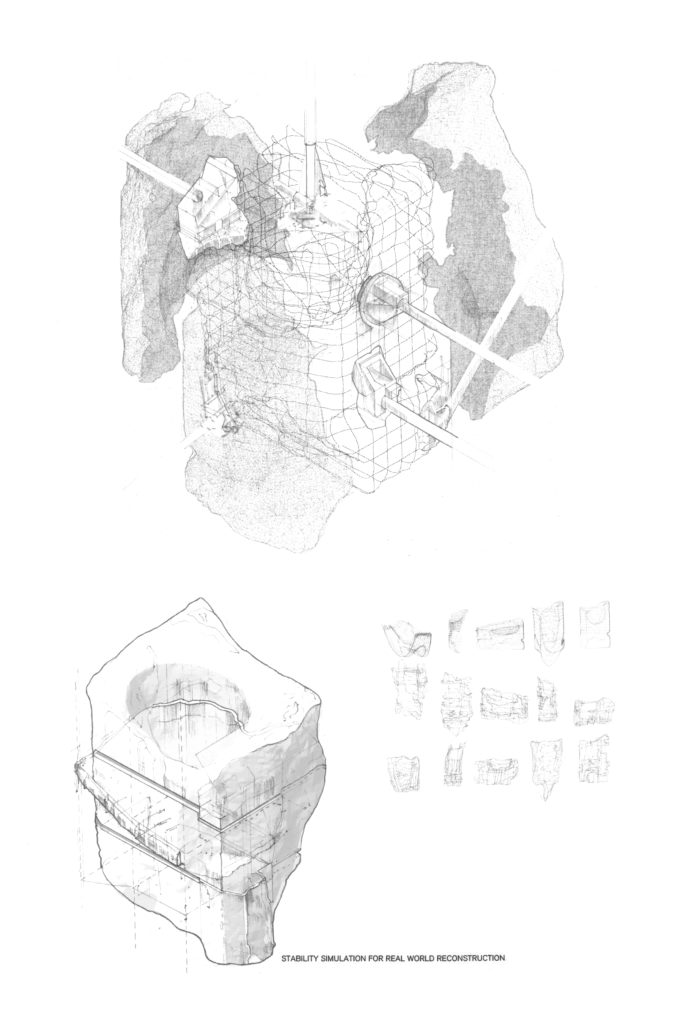 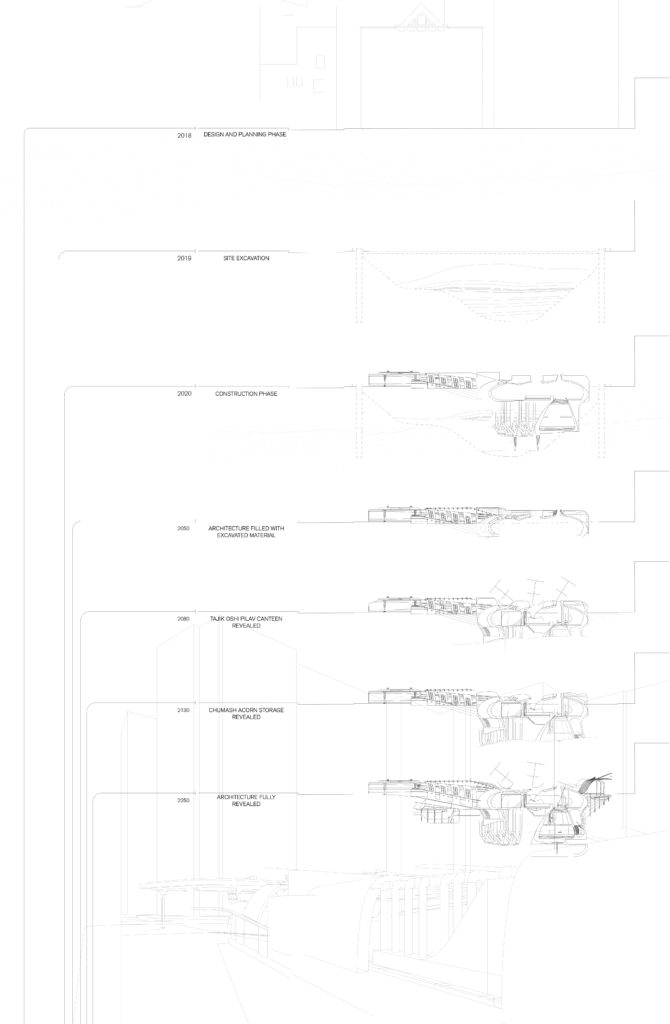